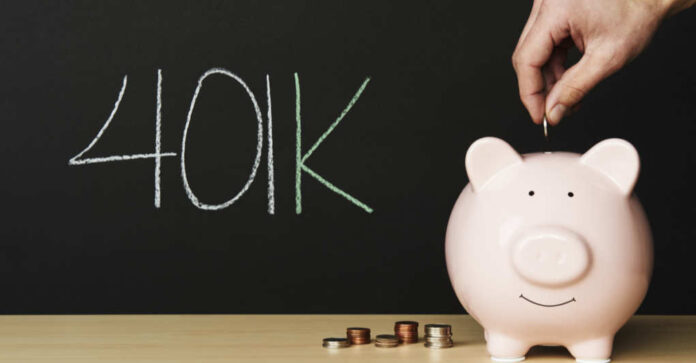 There’s a new hashtag trending on Twitter – #My401k. It’s everyone talking about how much they have lost from their retirement accounts as a result of what has been going on with the inflation.

Some people have watched their retirement plans drop by hundreds of thousands of dollars.

Now, imagine you were getting ready to retire within the next few years. The money you counted on after working for 20, 30, or 40 years is suddenly dwindling every time you log on. It’s enough to send you into a cold sweat.

The stock market is crashing and burning. The Dow Jones industrial index is down by over 11% this year – and it closed down nearly 2% this past Monday alone. And Nasdaq is doing even worse.

Once Jordan tweeted about how everyone’s 401k accounts are missing Trump, many were quick to point out that their grocery bills and gas tanks miss Trump, too.

It’s obvious that there’s a big difference between the Republican and Democratic administrations – and Biden is obviously at fault for his bad policies.

Americans care about the things that affect them on a daily basis – their finances. They care about how much everything is costing them, especially since most Americans aren’t getting significant pay increases to cover the inflation.

The Democrats want to pretend that what Americans are concerned about are things like gender-affirming healthcare and abortions. The average person will never need an abortion. It doesn’t concern them. However, everyone should be concerned about the inflation – and how retirement is going to be a lot harder for many as their 401k accounts dwindle.

Janet Yellen, the Treasury Secretary, has even admitted that the spending policies created by Biden have worsened the inflation – though she’s also claimed that the economy is still strong.

Still strong? Absolutely not. Go ahead and pull up the #My401k hashtag to see how that is 100% not the case.

This is Biden’s fault, and we all know it. Well, only if we’re truly being honest with ourselves.

What’s funny is that there are always the people who want to rush to defend Biden. One Twitter user commented that “I’m smart enough to know that the balance of #My401k, 403b, 457, (Roth) IRA have nothing to do with Biden’s policies.” Isn’t that cute? Of course, it does – every decision made by Biden has led to the situation that we’re in.

Now, some will say that it’s because of Putin’s criminal invasion of Ukraine and how it has destabilized the world economy. That is certainly a part of it. However, what if Biden had been stricter with Putin before the invasion? What if a hard line was drawn so that Putin never stepped foot into Ukraine? We’d be looking at a very different situation right about now.

So, really, it all comes back to Biden being responsible for your 401k account’s abysmal health at the moment.

If you have a 401k account and you haven’t logged in to check it out, make sure you’re sitting down. You might even want to have a paper bag to breathe into. It’s not going to be pretty…