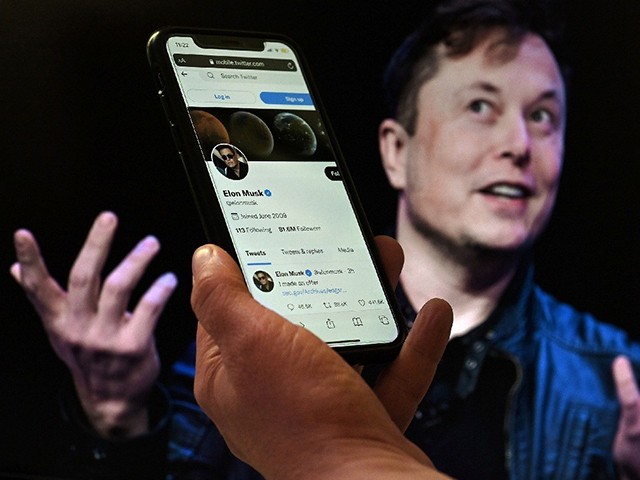 The Twitter algorithm determines the order in which posts are displayed on a user’s news feed. Users can switch to a chronological ordering of tweets by pressing the white star cluster icon in the top right corner of their of their home screen.

In a tweet encouraging his followers to experiment with the two different Twitter experiences, Musk said the algorithm manipulates people in ways unknown to them.

“You are being manipulated by the algorithm in ways you don’t realize,” said the Tesla and SpaceX CEO. “Easy to switch back & forth to see the difference.”

The chronological feed button on Twitter (circled in red).

Musk’s criticism of the algorithm prompted pushback from free speech failure Jack Dorsey, who oversaw its development to its present-day form while CEO of the company.

“It was designed simply to save you time when you are away from the app for a while,” said Dorsey.

In another tweet, Dorsey rejected the claim that the algorithm was designed to manipulate users.

“It wasn’t designed to manipulate. it was designed to catch you up and work off what you engage with. that can def have unintended consequences tho.”

“which is why one should be able to choose if they use an algo or not, and which one. simple solution to all this.”

The case for opt-outs from content filters and moderation regimes has been made by this author in 2018.

However, Twitter currently only gives its users two options. The first is Twitter’s officially sanctioned algorithm, the details of which are known only to its creators, making it impossible for the public to know whether and how they are being manipulated.

The second is the chronological feed, which many don’t know how to enable. It is very unclear from looking at it what the three stars icon on Twitter does — almost like the platform doesn’t want you to know.