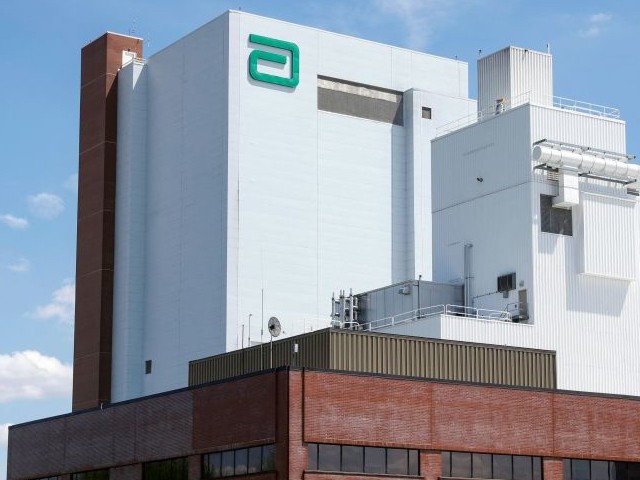 This past February, Abbott Nutrition instituted a recall after four illnesses were reported in babies who had consumed powdered formula from the Sturgis, Michigan plant, helping to fuel the ongoing baby formula shortage that has created considerable concern among parents.

“After a six-week inspection, FDA investigators published a list of problems in March, including lax safety and sanitary standards and a history of bacterial contamination in several parts of the plant,” noted the Associated Press.

“Chicago-based Abbott has emphasized that its products have not been directly linked to the bacterial infections in children,” it added. “Samples of the bacteria found at its plant did not match the strains collected from the babies by federal investigators.”

Since Abbott is just one of four companies that control 90 percent of the baby formula market, coupled with the ongoing supply-chain crisis, a shortage ensued.

In a statement on Monday, Abbott Nutrition said that the FDA agreement produced the “steps necessary to resume production and maintain the facility,” though it will still need court approval. Once given the official go-ahead by the FDA, Abbott said it could resume production of infant formula in two weeks. It would take a total of six to eight weeks before the formula would be available for purchase, according to ABC News.

Robert B. Ford, chairman and chief executive officer of Abbott, said that the company’s “number one priority is getting infants and families the high-quality formulas they need, and this is a major step toward re-opening our Sturgis facility so we can ease the nationwide formula shortage.”

“We look forward to working with the FDA to quickly and safely re-open the facility,” Ford added.

The Biden administration has taken considerable criticism for its handling of the crisis. On Monday, White House press secretary Karine Jean-Pierre falsely claimed that the administration has been taking the shortage seriously since February.

“This is something he is focusing on very acutely and again I said 24/7 we’ve been working on this since we have learned about this back in February,” Jean-Pierre said during the daily briefing.