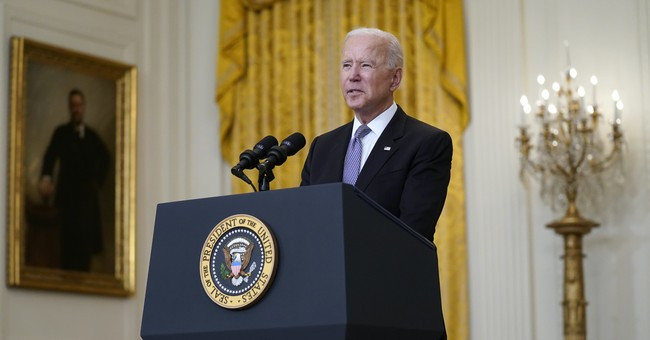 And now it is apparent that he is trying to take credit for all of Israel’s work to acquire peace in their land. The ceasefire was done by the leadership of those that lead in Israel. They were the ones that beat Hamas back to the shadows from where they came from.

But out comes old man Biden trying to take the credit for doing nothing but trying to tell Benjamin Netanyahu to let Hamas kill his people. He would say that “Over the last 11 days, I spoke with the prime minister six times. I’ve also spoken with President Abbas and the Palestinian Authority more the once and part of our intense diplomatic engagement.”

There is no president within Hamas. All Biden did was speak with the leader of a terrorist organization and plead with him to step back so he could take the credit for a ceasefire. Hamas started the fight, and Biden should have been one of the first ones to condemn it.

His claim to fame is nothing more than a public parade of arrogance. He went on in his speech to thank all of the people that made this moment special for him. He wanted to thank those who died in the attacks and those of his administration for going out of their way to make him look foolish.

The deaths caused by Hamas are an incredible tragedy. The terrorists attacked, and the only reason they stopped is that The Jewish people came out and punched them square in the nose. It was then that the Palestinians started to cry and wanted the fight to stop. Had the Jewish people not beat the terrorists to death, they would have just kept on attacking and killing people.

Biden acts like he made a significant breakthrough in the Middle East. But all he did was sit in his rocking chair and think that this is a time when he can take credit for something he had no involvement with.

The old man went on to rant by saying, “You know, we’ve held intensive, high-level discussions, hour by hour, literally, Egypt, the Palestinian Authority and other Middle Eastern countries, with an aim of avoiding this sort of prolonged conflict we’ve seen in previous years when the hostilities have broken out.”

I spoke with @IsraelMFA @Gabi_Ashkenazi today and welcomed his confirmation that the parties had agreed to a ceasefire, mediated by Egypt.

Egypt brokered the ceasefire, not the US. Fascinating.

High-level discussion points are another phrase for pointless chatter. The real work at peace happened when Donald Trump was president. Hamas would never have thought about attacking a Republican president in the White House. But Biden is weak, and the bold terrorists are taking advantage of his frailty.

Biden did mention that he would send Iron Dome rockets to Israel to help with their effort to restock their supply. The point that is not being said in the media is that Egypt was the one that took care of helping bring about the ceasefire.

Hamas deserves no help in rebuilding their neighborhoods. They started the fight, and they deserve to reap what they sow. The Palestinians will never learn their lesson. They need to start working to build a future for themselves instead of trying to take things that are not theirs to have.

Biden was full of himself when he stated that “I assured him of my full support to replenish Israel’s Iron Dome system to ensure its defenses and security in the future.” He made it sound like Netanyahu was begging for his help. The only thing Netanyahu wanted was to get off the phone with a man that lies as much as the Palestinians do.

Biden would end up saying that “My administration will continue our quiet, relentless diplomacy toward that end.” Quietly means no involvement unless Biden can take credit for the work of another nation at brokering peace.