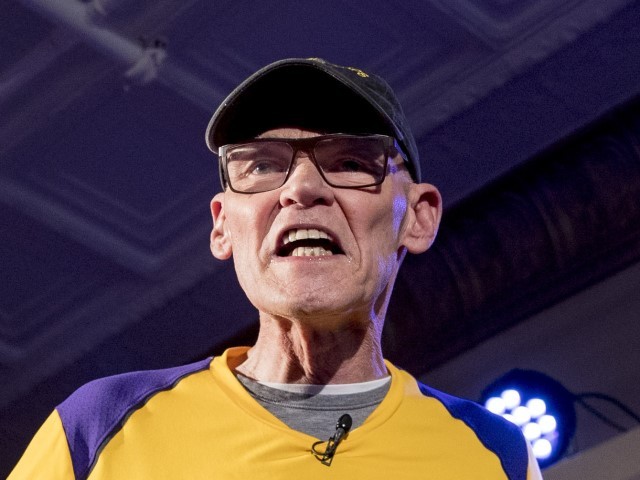 Democratic strategist James Carville said Tuesday on MSNBC’s “The Beat” that Republicans had become “hypersonic weird” and had to be stopped.

Carville said, “My thoughts go back to less than a month ago when I was on the show, and we talked about how weird the Republican Party has become. It’s now hypersonic weird. We’ve gone through this horrific leak of a Supreme Court decision. We’ve actually seen over 25% of the House Republican caucus side with a hostile foreign power, namely Russia, and against Ukraine. We’ve seen the replacement theory, which you know as well as anybody that this is a horrific anti-Semite racist thing that’s been around historically forever, come to its enviable fruition and will continue the do this.”

He added, “We’re in a very, very difficult time with a major American political party that has just become hypersonic weird, and it has to be stopped. The only way, the only way to stop this is at the ballot box. You’re not going to stop it by going and wasting your time demonstrating in front of Justice Kavanaugh or Senator Collins’ house. What a waste of time. Get out of Washington to go to Michigan and Wisconsin and North Carolina and Pennsylvania and Ohio, and Nevada and Arizona, where all these competitive races are taking place. The whole future of the country is going to be decided in November. The faster we understand that, the better off we’re going to be.”