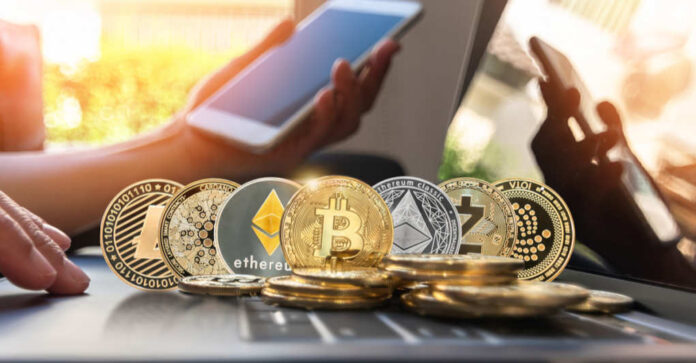 When cryptocurrency was first introduced to the world, it was formed as a way to buy things on the black market. From guns to drugs to fake passports. Even stolen credit card numbers and social security numbers were up for grabs, and the untraceable currency was the preferred way to pay. Places like Silk Road flourished with customers, and this currency was their way to pay for things without setting off alarm bells.

Sounds like a liberal’s wet dream, right? Wrong. As more cryptocurrencies came out over the last decade, the Democrats have been pushing to have government oversight on the market. This means monitoring what is being spent, when, by, and to who. Needless to say, this idea sent the market into a small dive when it was first announced, but when major coins took the plunge to become more public, the smaller and more volatile coins flourished behind their anonymity.

Naturally, these coins skyrocketing in value means more people have paid attention to them, and as a result, now have more of the government trying to force all crypto records public. As a result of this, the prices have been crashing as of late. What was once a safe place to conduct transactions has become almost as well monitored as your bank account. With inflation continuing to skyrocket, the oversight will only become worse.

President Biden, as well as his group of leftist twits, are more than content to ensure the American people suffer as much as possible from inflation. One of the coins designed should be profiting greatly from this, as Terra was designed to mimic the US dollar in its valuation, as are many of its sub-coins. UST is one of these coins and is designed to hold steady at around $1 per coin, but in the wave of this recent uncertainty has crashed to 41 cents per coin. Luna is another coin designed to do the same but at a different price point. It currently trades at 4 cents per coin after losing 99% of its value in a matter of days.

This is news to the ears of Democratic leaders. One of the major goals that they have teased for years is leaving the US dollar, euro, and possibly even the British pound behind. Instead, they want to institute a global currency. One valuation that works across the globe. No more money trading surcharges or exchange fees when you travel. This concept has been floated largely by the Democrats for years, but ever since crypto arrived and was accepted by the people they started to push it.

A major problem with this idea is the people who flocked to crypto are the same ones wanting to get away from the big-government oversight of the Democrats. As much as the liberals love to claim conservatives are trying to run everything and control their lives, the reality of it is the liberals are the ones who are no longer content with live-and-let-live. They have poisoned their own well with their ‘think like me or die’ rhetoric. It’s that rhetoric that made everything so difficult during President Trump’s time in office, and now that they have the potential to steal the banking system away, it can only get worse.

The American people and people across the globe are waking up to the idea of just how dangerous this can get, so when crypto fails, here will come the liberals with a US government-backed cryptocurrency. They have already been teasing it, and it has been largely unsuccessful. With crypto crashing, it is more than possible that this gets a bigger push as the midterms close in. Especially if the crypto-crash continues. For now, let them rejoice while the rest of us buy the dip. Once we get the red wave back it will be raining cash from the crypto gods.