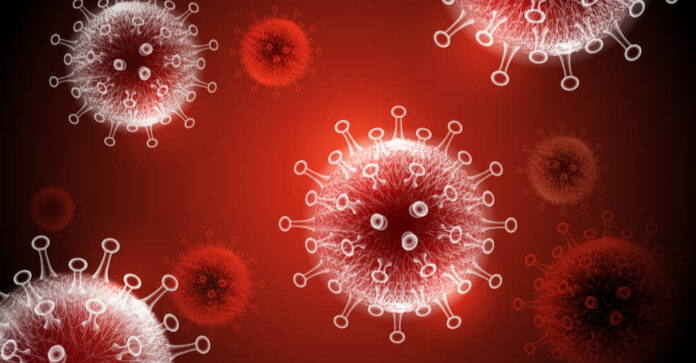 When COVID broke out in late 2019 in Wuhan China, most of the globe expected countries like North Korea to be overrun by it. Given their proximity to China, the poor medical care, and the trading relationship it would only make sense to see them get flooded with cases of COVID. Yet somehow that never materialized, or at least it never did until recently according to the North Korean government.

Yet on May 12th, the tiny hermit kingdom declared a “major national emergency” with the state-run KCNA reporting the discovery of the omicron variant in Pyongyang. Taking samples from people reporting fevers on May 8th, they found the evidence and immediately shifted courses to help deal with it.

They also reported their leader Kim Jung Un ordered a full lockdown of all people in the cities, and the release of stocked-up medical supplies they had stocked in case of a COVID or other medical emergency. He also met with the country’s powerful Politburo who all agreed to implement the full anti-epidemic measures, although nothing was said about what those measures might include for the people of North Korea.

There was one point that was doubled down on. North Korea has always been brutal towards anyone they see as attempting to defect from the kingdom, as well as anyone attempting to sneak in. Despite being completely locked down since January of 2020, they are now shooting any trespassers on sight. Should someone attempt to break into the county they would lose their life immediately. This goes hand in hand with their fears of an asymptomatic defector from South Korea. They fear this could be a “deadly and destructive disaster.”

Unlike the US and China, North Korea lacks adequate testing facilities. The country lacks basic medical care, vaccines, or proper research labs. With the country largely brainwashed into believing they are the supreme nation, and everyone else is struggling across the globe, there is little push to change their way of life or improve the health conditions of their people. Coupled with the reality of just how at risk they have become, the current situation is rife with manipulation.

With no trade and people now forced into lockdown, there is an urgent need for help in North Korea. Given the forced isolation camps the communist Chinese government is forcing on their people, the North Koreans realize that they simply cannot go that route. Instead, there is another potential objective at play.

During the Trump years, Kim enjoyed an almost respectful relationship with our President. While the two attempted to communicate and make good things happen for both nations, nothing was able to be done to help them reach a point of truly easing the restrictions on North Korea. As the nation now is claiming they have a crisis there is no way for them to handle it, there is the potential that this is all a ruse.

Given the reputation of liberals in general, and the way President Biden seems to take pity on everyone without cause, it is incredibly possible that Kim and his leadership in Pyongyang are looking to use this emergency to get aid from the US. From testing kits to masks, to vaccines, if they can get things to help them stay safer, and care for their people by having restrictions eased, Kim knows the liberals will freely give them up. They won’t need to admit they failed in the Kim dynasty, or even work to reunify Korea. Just send them stuff and they’ll promise to do the right thing, (even though they never will). Should Biden choose to help them, every American will need to remember it during the midterms and the 2024 election. God knows he already is working on putting Americans into poverty and has been no help to us.