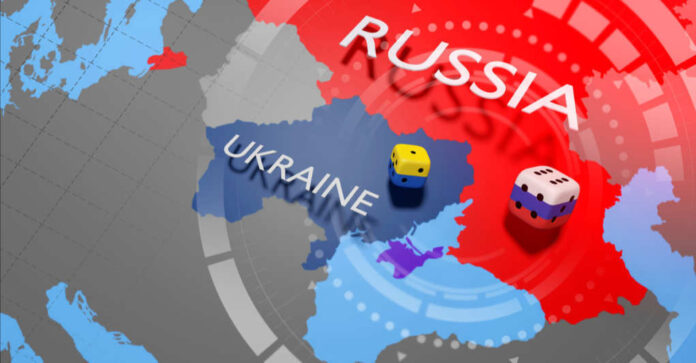 As more time passes, the more it seems like the Russian invasion of Ukraine was something that they did with nothing more than ego and hubris. They had done little to no research on the resolve of the Ukrainian people, or the level of support they would receive from the international community. While no nation provided boots on the ground, the weapons, planning, and operational support they provided were huge.

As a result, the United Kingdom is noticing the Russians doing what Putin’s father should have done and pulling out. This is because of their “inability to capture key Ukrainian cities.” As the report continued to say “Despite Russia’s success in encircling Kharkiv in the initial stages of the conflict, it has reportedly withdrawn units from the region to reorganize and replenish its forces following heavy losses. The withdrawal of Russian forces from the Kharkiv Oblast is a tacit recognition of Russia’s inability to capture key Ukrainian cities where they expected limited resistance from the population.”

This report is especially damning about the leadership in Russia. What was once seen as a global superpower, and a nation not to be toyed with, they are emerging from this conflict looking about as strong as a sack full of kittens. The lack of proper planning, training and dedication to a real mission has destroyed the Russian troops. Early in the conflict, they should have known it was done for as an elderly woman approached Russian troops to offer them flower seeds. Knowing full well the Russians would never win, she hoped to see their corpses turn into something beautiful for the Ukrainian people.

Interactions like this didn’t deter the Russian forces. Neither did the farmers taking the tanks they abandoned due to a lack of fuel. As the Ukrainian people trolled the troops throughout the country, their bombings picked up, and they began targeting civilian buildings without care for the innocents who were trapped. While the Ukrainian government allowed women and children to escape, many lacked the resources, capability, or desire to flee their homeland. They wanted to stay and return to normalcy as soon as possible.

However, that may be short-lived. As the UK report continues to remark that the retreating forces “will likely deploy to the eastern bank of the Siverskyi Donets River, forming a blocking force to protect the western flank of Russia’s main force concentration and main supply routes for operations in the vicinity of Izyum.” This puts them back into some of their strongholds, and the main targets behind this invasion. It also sets up for other scenarios to play out.

One major scenario being discussed is that this pulling out is being done not to regroup, but to strengthen the lethality of their attack. Let’s not split hairs here. Russia losing to Ukraine is like the nerd beating up the bully who has been held back 4 times. Yes, the other kids tossed some rocks his way and maybe told him to look out when the bully was trying to attack him from behind, but he still won.

In that scenario, the bully will retreat, regroup, and attack with something stronger and more devastating to save face. The Russians are the same way here. The problem is, it’s not a stick, pinecone, or even big rock they’ll come back with. Instead, they will try to save face with NBC attacks. From targeted nuclear strikes to deploying mustard or nerve gas. Nothing seems to be off-limits for the Russians, and in fact, all are most likely on the table so they still look tough to the globe. Knowing this potential, we should be grateful that Biden listened to the conservatives who wanted to keep us out. God only knows where our country and our troops would be if he had put boots on the ground.