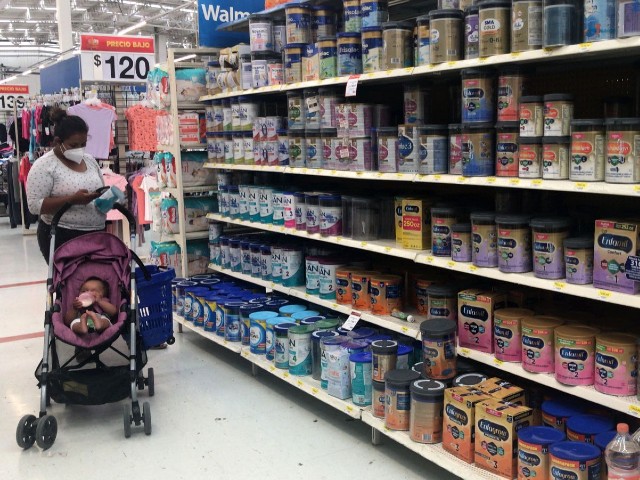 Breitbart Texas dispatched members of the Cartel Chronicles team to document the availability of baby formula in various Mexican cities, including several along the U.S. border.

In the city of Piedras Negras, opposite Eagle Pass, Texas, the Soriana Supermarket is fully stocked for infant nutrition items.

In the border city of Matamoros, just south of Brownsville, Texas, a Walmart supermarket and also fully stocked.

In the capital of the border state of Tamaulipas, Ciudad Victoria, a Soriana Supermarket presented a similar scene.

The GranD Supermarket in Ciudad Victoria had similar results.

Within the past week, the FDA announced that it would ease regulations to allow for the importation of formula. Experts cautioned that shelves would not be stocked with the imported goods for more weeks to come, however.

Ildefonso Ortiz is an award-winning journalist with Breitbart Texas. He co-founded Breitbart Texas’ Cartel Chronicles project with Brandon Darby and senior Breitbart management. You can follow him on Twitter and on Facebook. He can be contacted at [email protected].

Brandon Darby is the managing director and editor-in-chief of Breitbart Texas. He co-founded Breitbart Texas’ Cartel Chronicles project with Ildefonso Ortiz and senior Breitbart management. Follow him on Twitter and Facebook. He can be contacted at [email protected].