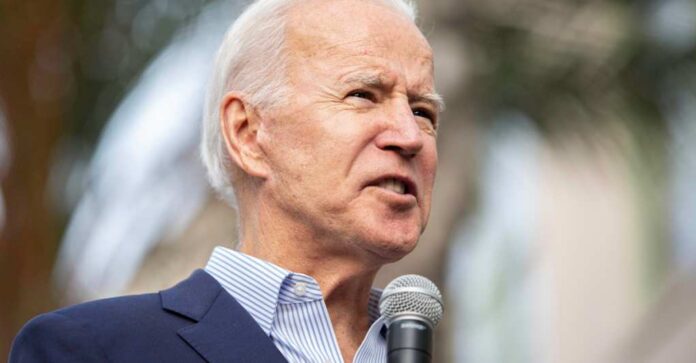 It wouldn’t take pretty much anyone at this point long to realize that, come November, the Democratic Party could see some rather massive losses. Just about everyone is talking about the assumed “red wave” that’s on the horizon and how it may just cost the Democrats their already slim hold on power. And while the Democrats don’t want to act scared, it’s becoming painfully clear that they are.

Hell, even our demented and incoherent Democratic president seems to be preparing for such.

Now, considering how November will hold midterm congressional elections only, Biden, or at least his position as president, isn’t really at risk, at least not in any direct sense. However, there is great reason for him to be concerned.

And so he’s apparently beefing up his legal team in preparation.

As The New York Times reported, Dana Remus, one of Biden’s primary White House attorneys, has hired yet another lawyer for Biden. According to the report, Richard A Sauber has been brought on to lay “the groundwork to defend against an expected onslaught of oversight investigations by congressional Republicans.”

As you well know, with both the House of Representatives and US Senate being controlled by the Democratic Party, Biden has been able to wriggle out of most situations in which he might be in the wrong – and that includes a great number of possible investigations.

However, should the Republicans succeed in November as everyone expects them to, that could all change. Should the GOP retake the House, Senate, or both, Biden could see himself in the middle of a whole slew of legal trouble.

And so he’s preparing by bringing on one of the nation’s top criminal defense lawyers. According to The Times, Sauber currently serves as the lead lawyer for the Department of Veterans Affairs and has been a “longtime white-collar defense lawyer.”

In addition, The Times noted that Biden has been working on getting his affairs in order for some time now. In fact, as the report says, Biden and Remus have been meeting with Biden’s personal lawyer, Bob Bauer, “for months to work out potential divisions of labor between White House lawyers and outside counsel.”

In layman’s terms, he’s trying to separate issues that belong to the White House and his executive power from that of his personal or family life, as well as make sure that your hard-earned tax dollars aren’t paying for his personal lawyer and any issues he might have to defend.

Those issues may include things like his family’s penchant for crime and covering it up. Or his son’s shady business dealings, of which evidence is emerging that Biden himself may have been a part.

On the White House side, Biden could soon find himself being investigated for things like his atrocious withdrawal from Afghanistan, his continued failures at our southern border, inflation and gas prices, and many more.

And, of course, there is a massive chance his handling of COVID-19 will be investigated thoroughly. In particular, are the actions and words of Biden-approved White House chief medical advisor, Dr. Anthony Fauci.

As Republican Texas Representative Chip Roy said in March, Fauci’s insistence on things like the vaccine mandates and school closures have led to a number of serious problems, including deaths that could have been prevented. Roy wants to talk about the number of people who have died from myocarditis and the many who have now lost their jobs and livelihoods. The workers who were fired for taking “a jab.”

He wants to discuss the many children who now have to endure speech therapy because of the vaccines or the thousands of youths who suffer from mental health issues and drug addictions because of months of isolation.

Someone needs to answer for this. And if not Fauci, then possibly Biden.

No wonder Biden is adding to his legal team. He’s obviously got a lot he should be held accountable for. And should the Republicans gain power in November, you can be sure they will waste little time investigating Biden and his party’s part in the downward trend America is currently on.