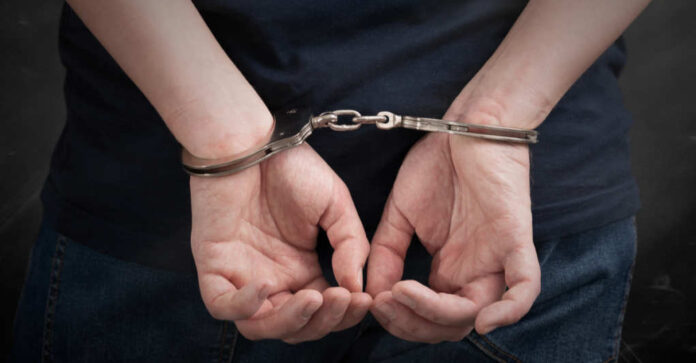 Now that the liberal movement has fully invaded our justice system, we are seeing the results of their woke policies. Their cries about people being held back and not being given a chance to be a member of society after they break big laws is for good reason. The level of stupidity they were already at for thinking this was a good idea is insane, but now one of their key demographics is proving them wrong.

While the liberals were screaming to get better rights for criminals, one of their key demographics has proven why catch and release don’t work worth a damn. Hannah Tubbs had been charged with sexually assaulting a young girl back in 2014; 2 weeks before Tubbs turned 18. In January of this year (8 years later) he was convicted as a minor since the liberal prosecutor refused to try him as an adult despite his extensive criminal record after turning 18.

Since he was now over 25, a new program sentenced him to two years maximum, which he received. In response to the ruling Tubbs was laughing and joking about it being so light. The best part about all of this was his pending charges for murdering Michael Clark back in 2019 in Kern County, WA.

The Los Angeles County District attorney’s office of course had a statement to offer about the mistake. “We were unaware of the murder allegations against Ms. Tubbs until today. As a result, we were never given the opportunity to consider this critical information before proceeding with our case in Los Angeles County. The murder in Kern County took place before our case was adjudicated.”

They seem to be leaning towards the excuse of what they would have done if they had known about his pending charges. It’s not like they did anything to Tubbs for the sexual assault, and they took far too long to get this man and try him. With Tubbs claiming to be a transgender woman, after being arrested, it seems like he wants to be treated as a woman once the law caught up to him. Known as James before the arrests, he has also gone after other young girls.

It took until 2019 when he had DNA gathered from Tubbs for a battery charge in Idaho for him to be caught for the assault in 2014, and now with this pending murder case, it seems like he will finally be spending real time behind bars. He’ll certainly enjoy it, as they are at least putting him in the men’s jail. With any luck, he’s in gen pop and they are getting these young girls justice by treating him just as poorly as he treated them.

L.A. Deputy District Attorney Jon Hatami spoke with Fox News back in January about the horrible precedent their office had set. “Tubbs is 26 years old. Unlike George Gascon’s false narrative, she is not a ‘kid’.

There was evidence presented at the juvenile proceedings which showed that Tubbs sexually assaulted two young girls in different incidents in the past. The child victims will suffer lifelong trauma. Tubbs also has prior violent convictions and conduct as an adult.”

DA Hatami hit the nail on the head then, and it still rings true now. These liberal jail policies are not only making a mockery of our judicial system, but they mean our laws aren’t doing what they are designed to do; keep us safe. Until they decide to do things right by the law, and not what is right by the latest liberal newsletter, we are all screwed.