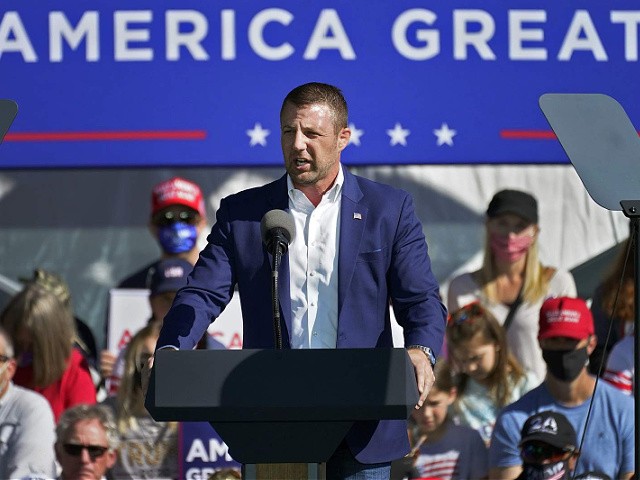 On Wednesday, Rep. Mullin, a former MMA fighter who was inside the Capitol Complex on January 6 as he attempted to prevent a mob from reaching the House floor, led more than two dozen Republican colleagues in introducing a resolution on congressional accountability for the second impeachment of former President Donald Trump.

House Speaker Nancy Pelosi of CA, holds the gavel after announcing the passage of the second article of impeachment, obstruction of Congress, against President Donald Trump by the House of Representatives at the Capitol in Washington, Wednesday, Dec. 18, 2019. (AP Photo/Patrick Semansky)

Referring to the “absurdities” on which the impeachment was based as well as the “blatant misconduct of Democrats in failing to follow any meaningful legislative process whatsoever,” the Oklahoma congressman blasted the “politically motivated” impeachment in an earlier press release.

“Democrats used their second impeachment resolution to once again weaponize one of the most grave and consequential powers of the House,” he said.

“This was never about the Constitution; it was rooted in personal politics,” Mullin added. “Liberals couldn’t see through their blind rage long enough to follow parliamentary procedure, and instead barreled through Congress in order to have one more bite at the apple with President Trump.”

In an exclusive statement to Breitbart News on Thursday, the Oklahoma Republican stated his resolution would counter the impeachment, which he referred to as a desperate Democrat-led “witch-hunt.”

“The second impeachment of President Donald Trump was nothing more than a politically motivated witch-hunt carried out by Speaker Pelosi and the Democrat party,” he said.

Rep. Mullin also accused Democrats of having “frantically rammed” another impeachment resolution through the House, and asserted he would clear the former president’s reputation with his new bill.

“My resolution will ensure this abuse of our constitutional power does not go unanswered, and that President Donald J. Trump’s good name is cleared in the history books,” he said.

The resolution points to the changing of state election laws “sua sponte” by Secretaries of State and State boards of election nationwide while calling out the impeachment resolution’s passing “only 2 days after it was introduced in a frenzy of hysteria.”

“[N]ot a single evidentiary hearing on the Resolution was held, no witnesses were heard, and no process or opportunity to respond was provided to President Trump,” it reads, adding that an assertion justifying the lone Committee Report “runs contrary to the Oath of Office taken by all Members of the House of Representatives.”

It also criticized the partisan nature of the impeachment resolution:

[O]nce the Article of Impeachment was passed by the House of Representatives and transmitted to the Senate, the Chief Justice of the Supreme Court refused to serve as the presiding officer for the trial, as required by section 3 of article I of the Constitution, and instead the Senate President pro tempore, Senator Pat Leahy, a Democrat from Vermont, and a reliably partisan politician, served as the presiding officer, perfecting the entirety of the process as nothing more than an unconstitutional exercise in futility, moot, and fantastical political theater.

Rep. Mullin’s resolution follows a bill he introduced in March to expunge former President Trump’s first impeachment, which he deemed a “mistake” made by Democrats.

“We all knew that the impeachment process that Nancy Pelosi and Chuck Schumer and [House Intelligence Committee Chairman] Adam Schiff literally rammed through Congress was nothing but political,” he said. “So the resolution would basically do away with that and right the wrong that took place.”

Claiming the impeachment “should have never happened,” Mullin explained it was “exactly what our founding fathers were fearful of — that impeachment would be used for political reasons.”

“And for the first time in our history, it was actually proven true underneath the rule of Nancy Pelosi,” he added.

Mullin clarified that his bill was mainly intended to set the stages for a later point when Republicans could take action.

“Do we really think that the Democrats are going to bring this up? No, probably not,” he admitted. “But it sets the groundwork for Republicans to take a look into this come January 3 of 2023 when we take back the House.”