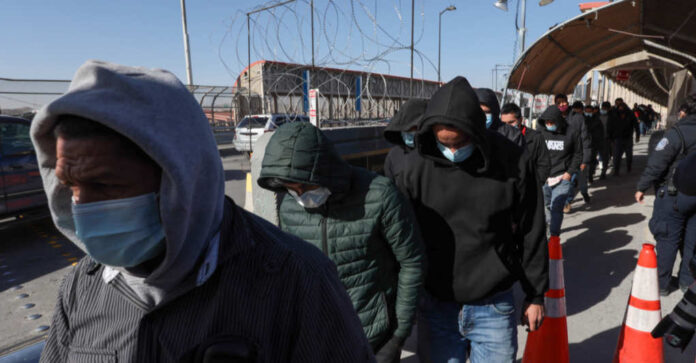 President Joe Biden continues to move awkwardly through his presidency with a start and stop fashion. A federal judge ruled this past weekend that he would not give an immediate ruling on Title 42. This is the immigration health order first obtained under former President Donald Trump’s term in office. It requires that asylum seekers wait outside of the United States until their immigration request is processed. President Biden wants to end this requirement.

U.S. District Judge Robert Summerhays heard arguments from attorneys that represent over 20 GOP-led states. They have sued the government hoping to keep Title 42 in place.

Judge Summerhays said that he will likely issue a final ruling before the deadline of May 23. This is the date that Title 42 is set to expire.

According to USA Today, the U.S. Centers for Disease Control and Prevention already announced in April that Title 42 will end because coronavirus cases and hospitalizations have dropped, therefore the order is not necessary any longer.

This pleased many left-wing activists who have been fighting the order since Trump enacted it in 2020. They are declaring that it was put in place due to Trump’s alleged racism and xenophobia.

But states along or near the border have been arguing that ending Title 42 would create chaos by bringing a surge of illegal immigration that would overwhelm services like healthcare, law enforcement, and education.

The coalition to keep Title 42 in place is being led by the states of Arizona, Louisiana, and Missouri. Drew Ensign is an attorney for Arizona. He argued before the judge that the Biden administration has not followed the proper administrative procedure that requires public notice and gathering the comments from the public before Title 42 can be rescinded. Ensign summarized that the government has not given proper consideration to what the consequences will be if the order is lifted. They are not seeing the burden that will be felt by state governments.

Lawyers for the government are countering that the issue is a health policy issue and not an immigration issue. They believe the CDC has full authority to rescind it.

Solicitor General Jean Lin said that there is no basis for using Title 42 as a safety valve. It was only intended as a temporary measure during the pandemic and that means it does not require a notice and comment period.

Since Title 42 has been in place, there have been more than 1.8 million migrants expelled under its authority. In April, the Department of Homeland Security estimated that encounters between law enforcement and illegal immigrants would jump by as much as 18,000 per day when Title 42 is ended.

In March, there were 221,000 encounters between immigrants and border officials. This is the highest number of any month since the start of the Biden administration. It’s hard to imagine what those numbers might surge to if Title 42 is lifted.

Judge Summerhays, an appointee of former President Donald Trump, previously put a temporary restraining order that blocked the Biden administration from ending Title 42 before May 23.

Alejandro Mayorkas is the Homeland Security Secretary. He maintains that the government is gearing up to be able to handle the surge in illegal immigrants at the border.

“Title 42 is a public health authority. So what we started to do in September of last year was prepare for its end,” Mayorkas said on CNN’s “State of the Union.” He went further to say that they are planning for different scenarios so that his department is “ready for anything.”

I guess that means they are getting ready for more stop-and-start plans coming from the White House.