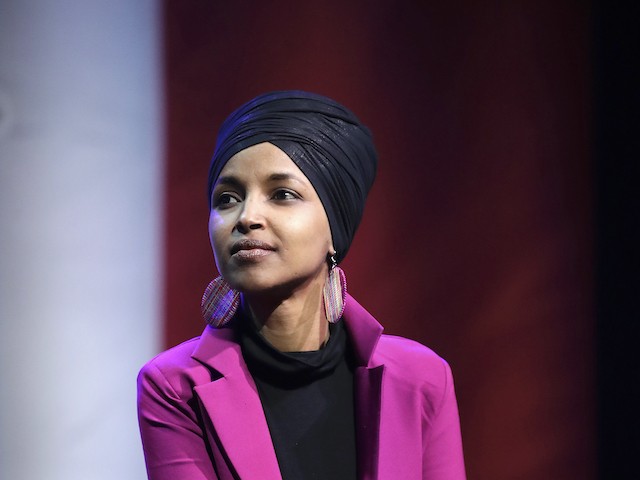 During a Friday interview with ABC News’ “GMA3,” Rep. Ilhan Omar (D-MN) called for the expansion of the U.S. Supreme Court.

Omar argued that there was “a question to the legitimacy” of the Supreme Court, given the majority of justices on the court now were appointed by a president who didn’t win the popular vote. Her reasoning for expanding the court was that “the number of justices is not given to us in the Constitution.”

Host TJ Holmes pointed out to the Minnesota lawmaker that Republicans could respond to the Democrats’ expansion by expanding it themselves when they held majority.

“I mean, that’s a way to look at it. I don’t think of it that way,” Omar replied. “If we think about the Supreme Court, the number of justices is not given to us in the Constitution. … There’s not a specific number. The court has been expanded seven times in our nation’s history. And in this particular time, given the fact that we have overwhelming majority of the justices being appointed by presidents that did not reflect the will of the people, they didn’t win the popular vote, I think it’s really important for us to have justices that are a reflection of the American people and their opinions.”

“You sound like you’re calling them an illegitimate court,” Holmes stated.

“There is a question to the legitimacy of it, and it’s an important discussion for us to have,” Omar agreed.