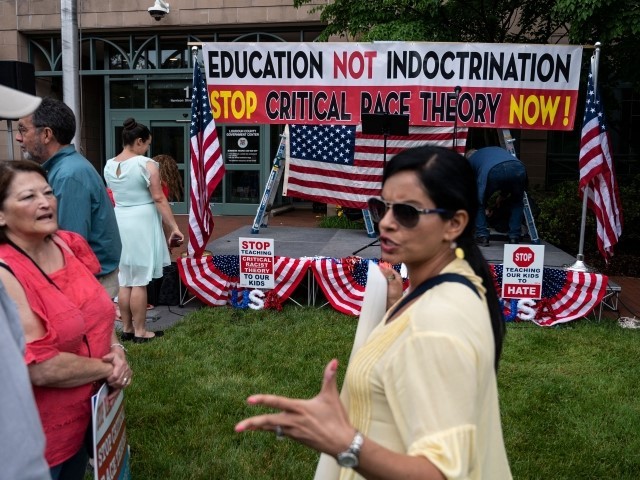 The survey, taken May 15-17 of this year among 1,500 U.S. adults, asked respondents whether they have a favorable or unfavorable opinion of CRT.

CRT was thrust into the spotlight last year during the Virginia governor’s race, which Gov. Glenn Youngkin (R) won. After taking office, he quickly signed an executive order to rid schools of CRT.

Florida Gov. Ron DeSantis (R) also took action against CRT in his state last month, signing legislation that provides “substantive protections for both students and parents to ensure that the education they’re receiving in Florida is consistent with the standards of the state of Florida.” He elaborated:

Those standards do not allow “pernicious ideologies like Critical Race Theory to be taught in our K-12 schools,” the governor said, promising that tax dollars will not be used to teach children to hate the United States.

Every student counts, DeSantis continued, making it clear that the state is not interested in categorizing individuals based on race.

“We are not going — we’re going to make sure a person’s moral character or status as either privileged or oppressed isn’t necessarily determined by his or her race, color, national origin, or sex,” the governor said at the time. “That is not allowed. That is wrong, and we are not going to teach that.”