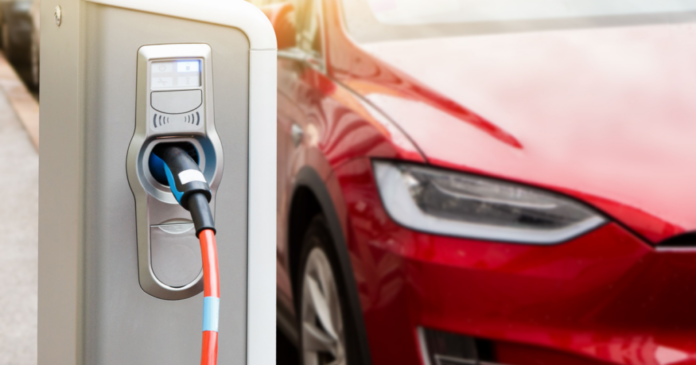 I think most of us can agree that technology is great most of the time. Innovations in technology now allow us to connect with people worldwide in a matter of seconds, send money digitally, and even start our cars remotely. However, with those innovations and changes, there come new challenges.

And in the digital age, that means hacking…

Unfortunately, it is all too easy for those with a moderate level of computer skills to hack into and gain control of certain systems for many of these life-changing inventions. It’s how millions of dollars are stolen directly from bank accounts digitally every day. It’s how identities are stolen and lives ruined.

Gone are the days when physical bodyguards are needed. Instead, it’s cyber security that is a must.

And now, thanks to the increasing number of electric systems in our cars, your new electric Tesla can be hacked and stolen, too, right out from under your nose.

The discovery was recently made by Sultan Qasim Khan, a security expert at the Manchester, UK security firm NCC Group. “A hack effective on the Tesla Model 3 and Y cars would allow a thief to unlock a vehicle, start it and speed away,” Fortune Magazine reported Khan saying.

According to Khan, he ran across the loophole of sorts by tinkering with the keyless entry system that Tesla uses and that so many of its customers rave about. Like many things nowadays, the system uses Bluetooth Low Energy to link the car owner’s vehicle to their phone. Once accessed, the owner can then unlock, lock, start, etc., remotely from their phone.

It’s a great convenience for owners. However, it’s also relatively easy to hack.

As Khan explained, the thief would only need a few tools and materials, all of which combined cost only about $100 and be bought online. Furthermore, the programming required to do the hack only takes about “ten seconds” to set up for anyone, even remotely tech-savvy.

The only initial problem is that the thief has to be in somewhat close proximity to both the car and the car owner’s phone to initially set up. But seeing as the range on most Bluetooth devices is rather long these days, even that isn’t really a problem.

Khan explains that all “an attacker” would have to do is to “walk up to any home” that has a Bluetooth passive entry car parked outside and the car owner’s phone inside, and boom, you’re in. Then, it’s as easy as telling the now hacked Bluetooth system to unlock and start the car. And to make matters even worse, once set up, these commands can be sent from anywhere in the world.

Now, so far, no one beside Khan has ever attempted or succeeded at this “hack.” However, as you well know, it doesn’t take long for criminals to figure this kind of stuff out.

It’s important to note that Khan has reached out to Tesla to alert them of the potential problem in their system and allow them to work on protocols that could make such a hack impossible. But the security expert noted the company didn’t seem too worried about the problem. And neither did a number of other companies, which all use the same Bluetooth system. You know, companies that control entry systems for phones, homes, laptops, and other vehicle brands.

The only business that does seem concerned is Kwikset, a popular lock manufacturer. Since being informed about the hack, they have updated things to make both their Bluetooth and Internet-capable locking systems more secure.

Of course, this isn’t the only problem that electric vehicles are facing.

If you haven’t heard, it’s becoming known that they aren’t nearly as money or environment-friendly as they were made out to be. In fact, recent studies show they actually cause more damage to the environment both in terms of their production as well as when they are being driven. And the financial cost to maintain and charge them isn’t any cheaper than inflated gas prices, not by a long shot.

Let’s just say that driving electric is looking less and less advisable, regardless of whether Tesla fixes their keyless entry system.