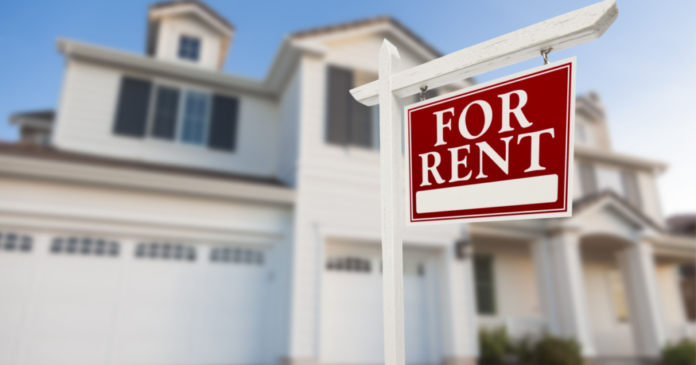 Rent has always been a confusing concept for many. They pay more to rent a home than the mortgage of a home costs. They could pay rent for 10 or 20 years and have no equity built up. Meanwhile, the owners of the property are getting rich.

Most people who are renters would love nothing more than to buy a home. Only, that’s a difficult process for many. It requires high credit scores, low debt to income ratio, and a down payment that is more than what most people earn in a year.

Forget about the fact that renters have proven that they’re capable of making the payments. After all, if they can pay $1500 a month on rent year after year, they are more than financially capable of making a $1200 mortgage payment.

We never said any of this made sense…

Now, we’re dealing with an even bigger problem. Rent is skyrocketing. Biden said he’s going to do something about that, but he also said he’d do something about the border crisis. At this point, it’s hard to believe anything that the senile man in the Oval Office says.

Rent is 30% higher than it was last year, on average, across the U.S. And in some cities, it’s even higher.

Imagine finding out that your rent is going up by 30%. You’ve got one month to agree to the new rate or move out. If you’re already paying $1500, most people don’t have the ability to suddenly start paying another $450. It’s not as if they also got a 30% increase in their pay.

One man in Phoenix, Arizona is seeing just how bad the increases are getting. Andrew Amuso is a single father. He was paying about $900 a month before the COVID pandemic. Then, he saw his rent go to over $1100 a month last year. Now, he’s just received another lease renewal this year with an increase that brings it up to over $1500 a month.

As he explains, “It’s greed, pure, unadulterated greed. If you saw my place, you would be shocked that I’m going to be paying over $1500 a month.”

Unfortunately, his story isn’t the only one. And it’s like that all over the U.S.

As Newsbreak reported, as the pandemic rental assistance relief has run out, renters have had no choice but to take on more financial burdens, relocate, or face eviction. It’s also why the number of homeless is growing exponentially across the country.

Shanti Singh, the legislative director for Tenants Together, a nonprofit in California, has seen how rent is increasing around the U.S. not only because of inflation but also because of the bounce back of COVID and the higher prices of homes. She’s explained, “We need rent control. There’s no justifiable reason for any landlord to increase the rent on a tenant that dramatically except for profit.”

At what point does the federal government need to step in and make a law that prevents landlords from getting too greedy? It’s become obvious that rental relief assistance is necessary.

Meanwhile, the federal government is actually focusing on something entirely different. They’re arguing what defines a woman and whether man can get pregnant.

We have REAL issues going on, and yet the progressive agenda doesn’t want to focus on what Americans really want. The rent prices are only going to continue in an upwards pattern unless Biden actually does something…