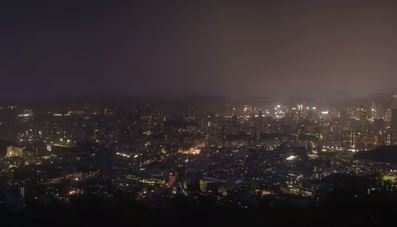 As you know, we are being pushed more and more to ‘go green’ and start using more renewable energy sources like solar panels and wind turbines. And in many states, such as California, Texas, and Indiana, those energy sources have begun to take precedence over their fossil fuel counterparts.

However, there’s a major problem with this move, experts say. And it could cause millions to be without power this summer as temperatures rise.

According to a recent report by Bloomberg, “At least a dozen US states from California to the Great Lakes are at risk of electricity outages this summer.” In fact, according to an assessment from the North American Electric Reliability Corp., it’s really only the easter portion of the United States that is expected not to suffer these energy shortages, or at least not much.

Now, this is due to several reasons, with higher than usual weather temperatures and the lack of rain in certain areas being one of them. But at the top of the list is this constant push to go green. As the NERC notes, the states most at risk for these high or elevated risk levels are those that have moved to more “renewable” energy sources in years past.

California, as you well know, has struggled with power and electricity supplies for years now. In 2019, their grid was so strained that major power companies like the Pacific Gas and Electric Co. were forced to turn the power on and off for millions of customers to relieve that strain.

But this year, things could be even worse.

In fact, experts are warning that the state could be short some 1,700 megawatts this summer, or enough to run 1.3 million homes or so.

Naturally, the state is trying to combat that upcoming issue. Officials are urging power companies to stock up on watt supplies, including solar batteries to store energy at night.

As you might imagine, after last year’s energy fiasco, Texas is also on the high-risk list. According to experts, the issues that caused such problems the previous year have still not been fully resolved, and as the state enters its hottest season, outages are expected en masse.

But as Bloomberg reported, there are also quite a few Midwest states at risk.

And as with Texas and California, the main reason is that they have become more and more reliant on so-called renewable energy sources.

Now, when I say reliant, I mean that they are closing the older and much more stable coal-fueled power plants and building ones designed to create either solar or wind energy. But the rate at which they are doing so isn’t adding up.

As NERC’s John Moura says, “The pace of our grid transformation is out of sync.” Basically, they are closing far more coal plants than they are opening up new green plants.

This has caused a reduction of power in the Midwest by about 2.3 percent over the past year – and all at a time when most of those Midwest areas are also seeing massive population growth and higher than average summer temps.

In addition, lead economist for power, energy, and water at CoBank ACB Teri Viswanath says that most of America’s power infrastructure is in a state of complete disrepair. According to her, about 70 percent of our nation’s grid needs to be replaced. And as you can imagine, aging and faulty equipment only mean more problems as the summer dawns.

Now, what is fascinating about all of this is that experts can pretty much agree at this point that none of this would be all that bad if not for “bad government policies.”

Steve Forbes, editor-in-chief of Forbes, explains that the main problem is “mandates that utilities use more and more so-called renewable energy sources of energy – primarily from windmills and solar panels – while pressuring them to shut down fossil-fuel-fired generating plants and to decommission nuclear facilities.”

Forbes notes that the newer energy forms are not only time-consuming, expensive, and not all that safe to the environment, but they also aren’t up to the task of putting out the same high levels of energy as their fossil-fuel counterparts.

As he states, “The problem isn’t that we’ll be experiencing an unforeseeable surge in electricity; it’s that bad government policies have created shortages.”