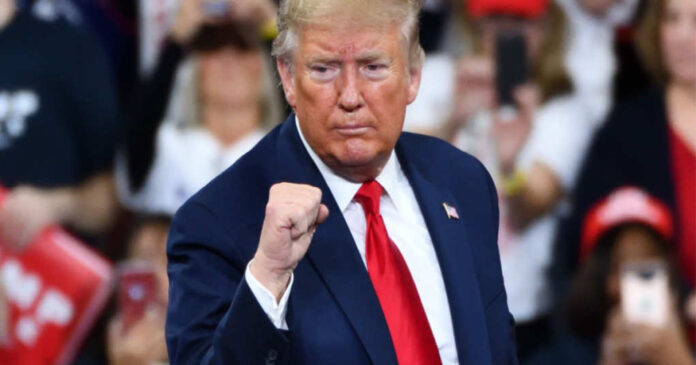 The liberal media and the Democratic Party are all excited about the small victories seeing the primaries. They glow over Brian Kemp’s victory and salivate the win of Brian Raffensperger. And then there is the win of Chris Carr. They promote and act as if a few wins are the new normal and signify that other wins are coming. They tell these stories to keep people from realizing that Donald Trump has a significant influence and now has a 100-6 record of endorsing people in the primaries. But the truth is that everyone expected those people to win.

Democrats all over the country are wrestling with the fact that most Americans hate their party. The liberal left has abandoned the country and embraced the ideology that the illegal migrant must come first at all costs.

Joe Biden and his socialist followers have tried several times to institute socialism as the new governing force in America. But they failed to recognize that the country does not want what they have to offer. The people loved what Donald Trump brought to the nation, which is why people are still following his support of candidates.

All three of the Georgia candidates won against Trump’s pick. But the fact remains that the three losses are but a drop in the bucket compared to the percentage of people that won because he supported them.

Donald Trump mentioned, “A very big and successful evening of political endorsements. All wins in Texas (33 & 0 for full primary list), Arkansas, and Alabama. A great new senatorial candidate, and others, in Georgia. Overall for the ‘cycle,’ 100 Wins, 6 Losses (some of which were not possible to win), and 2 runoffs. Thank you, and congratulations to all!” The media failed to report on all of these races because they would have to admit that Donald Trump is still alive and well in the circle of politics.

Newsmax reported that some of the other wins for Trump’s picks included Ken Paxton for the Texas Attorney General race, Sarah Huckabee Sanders for the Republican spot for Arkansas governor, Mike Rogers in Alabama, and Herschel Walker in Georgia. The liberal media left out the Republican wins nominated by Trump because they did not want his name to be remembered.

The media wants people to believe that the liberals are alive and well. They want people to think that the red wave is a myth. But the wave has already made a difference in Virginia, New Jersey, and select counties in California. People are sick and tired of being mistreated and manipulated by the Democrats, so they vote Republican in the upcoming elections.

The influence of Donald Trump is so powerful that it makes the support of any Democrat look sick. Joe Biden has endorsed only two people and has a 50 percent track record with those endorsements.

Many Democrats are praying that Joe Biden keeps his endorsements to himself because he is not well-liked by Americans. He has put America last and embraced an ideology that puts the world first.

The president has allowed the world to take advantage of the United States, unfavorable to the people. The media will never report that hatred exists for how the current administration is acting. But the truth is that people still chant “Let’s go, Brandon” to get their point across to the aging president.