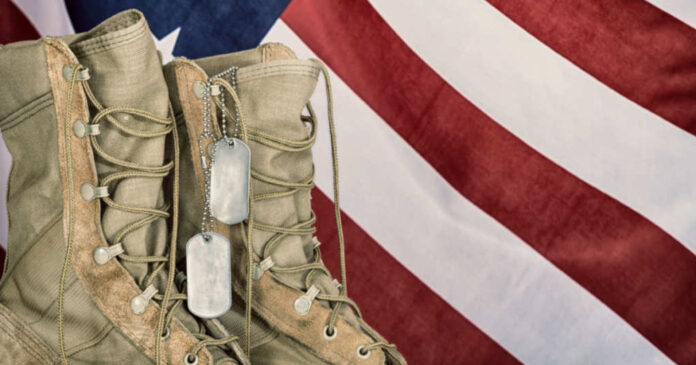 The value of human life cannot be determined in dollars and cents, yet saving one often comes with a heavy price tag. After much too long a period of time and tens of thousands of deaths later, the Veterans Administration has admitted how they are powerless to stop the disproportionate number of American military veteran suicides being committed every single day of every single month of every single year. The V.A. needs your help and they’re willing to pay big money for it.

Officials from the Veterans Administration have announced that they’re willing to pay $3 million to anyone from anywhere who can help them solve the veteran suicide problem that they’ve thus far been unsuccessful in doing.

By way of a mountainous number of various funded programs, the VA said the long-standing number of 22 veteran suicides per day has been reduced to 17, but that this is a far cry from being a success story. However, non-profit veterans organizations devoted to this cause, largely run by veterans for veterans, disagree with the reduction in numbers. They live it every day.

The total cost of the VA’s new suicide prevention program called Mission Daybreak is a cool $20 mil. The concept is to create new ideas by challenging the public to get involved. Over a six-week period, the V.A. hopes to review thousands of ideas, and in the coming months the top 40 entries selected will be awarded prize money.

VA Secretary Denis McDonough said, “To end veteran suicide, we need to use every tool available. Mission Daybreak is fostering solutions across a broad spectrum of focus areas to combat this preventable problem.”

Also in the coming months, the VA plans on forking over another $52 million to local communities with suicide prevention programs. The goal is in identifying veterans in crisis mode prior to planning their funeral, and in the case of veterans, especially combat vets, special training and tools are required.

National director of VA suicide prevention, Dr. Matt Miller, said the new approach is similar in parameters to previous programs except that it’s more focused on immediate results rather than long-term goals.

“A key to innovation is rapid implementation and development,” he said. “So what we’re really trying to foster and harness is those ideas that can be rapidly developed, be scalable across our system, and make a big difference quickly.”

Suggestions can’t be scribbled on a bar napkin. Individuals or teams must submit their proposed solutions in the form of a 10-page concept paper. The paper must contain a plan of implementation, evidence of the submitted framework, and the impact the plan would have on each various era group within the veteran community.

This program is long overdue and any step the VA takes toward veteran suicide prevention is a step in the right direction. So get busy America. Regardless of the prize money, it’s time for paying back a debt that has no monetary value.