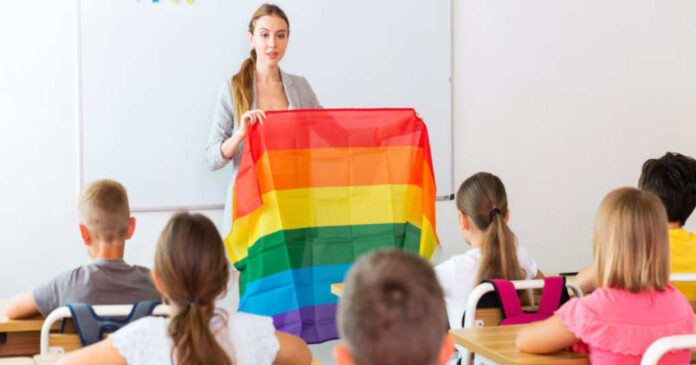 The Magic City Acceptance Academy (MCAA), a public charter school, has opened for business. It is a specialized school specifically created for students in the LGBTQ community.

One might think that this school was established in California, or possibly somewhere in the northeastern portion of the United States, but the Magic City Acceptance Academy is in the heart of the deep south, Alabama.

MCAA is open to any students that want to apply, but it is focused on being a place that affirms LGBTQ students from the foundation. It started in the fall of last year and opened with 270 students. The demand surprised many because of how most public schools have learned so far about embracing the left’s political agenda.

Public schools have been teaching gender identity to children in kindergarten in Nebraska. In Washington state, students who are eleven-years-old study pansexuality and demi-genderism, and five-year-olds are told they should hide their gender identity from their parents. A public school in Oregon has hosted a “Queer and Sexuality Alliance Club for nine-year-olds, and three students in middle school were charged with sexual harassment for their unwillingness to use “they/them” pronouns.

According to a report about MCAA, it was established because public schools are not providing a safe environment for children, especially LGBTQ students. The story of Elliot is used as an example, he is a transgender student who was falling behind in his public school. Someone from his school outed him and he said that he got death threats and was called names just because he wanted to live his truth.

When MCAA was started, it was a “no-brainer” for his family.

In the new environment, he has changed completely and is thriving, according to his mother.

The founding principal of the Academy is Michael Wilson, a member of the LGBTQ community. He said about the position, “I’ve never been able to say that in my work environment and be who I truly am. I can actually be myself as a principal and not be judged for that.”

He said that in close to 30 years in Birmingham City Schools, he saw a desperate need. There were students filled with anxiety, depression, and suicidal tendencies. He because very aware that they were not getting the kind of support that was needed.

According to the webpage, the mission of MCAA is to “facilitate a community in which all learners are empowered to embrace education, achieve individual success, and take ownership of their future in a brave, LGBTQ-affirming learning environment.”

In their vision statement, they hope to “motivate and prepare students in grades six through twelve by providing an exceptional, innovative, and quality-driven education.”

And they clearly state the purpose to engage students who have dropped out or are not thriving in traditional schools. They want to provide “a brave learning environment and LGBTQ-affirming culture for all.”

MCAA is also attracting straight black students whose parents see it as a better choice than the public schools in the Birmingham area. And some straight white children attend because Alabama’s public schools continue to rank as some of the worst in the country. They want to flee the inner city schools and get into the suburb.

The times, they are a-changing. And there is no stopping this slow train coming.