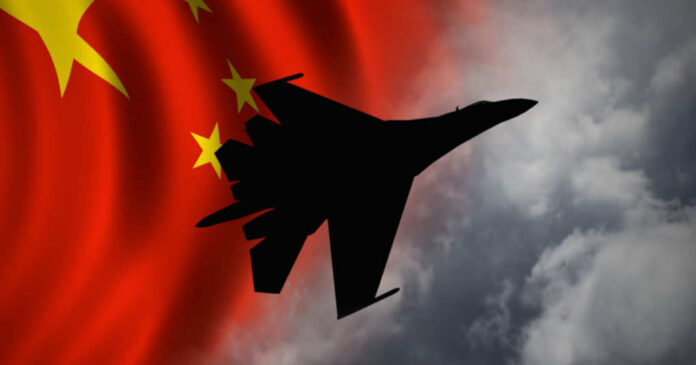 No matter what Taiwan does, China just keeps trying to mess with its independence. Unable to come to terms with the fact that Taiwan is gone, they keep pulling the crazy stalker ex and sending their friends to fly by and make them take notice. This time though, China sent them en masse.

With up to 30 aircraft being sent near the small nation, China is doing everything it can to keep Taiwan on its toes, and to test their response time. These kinds of actions have been steadily increasing for the last two years, but this has been the largest action to date. These movements have been largely concentrated in the air defense identification zone (ADIZ), which is very close to the Taiwan-controlled Pratas Islands.

This latest offensive saw 22 Chinese fighter jets take to the skies, with China also providing early warnings, and launching an electronic attack on Taiwan. Antisubmarine aircraft were also launched but in far smaller numbers. The last time Taiwan saw an attack like this was back on January 23rd when China sent up 39 aircraft to the ADIZ.

China, in turn, is claiming that the provocations are being done as a “solemn warning” against the “collusion” between Taiwan and the United States. As China refuses to see Taiwan as an independent nation, but rather as a territory of mainland China, this becomes a very difficult situation. The people of Taiwan have every right to feel safe and not like they are in constant fear of having everything taken from them. Instead, China is pressing its claims of sovereignty, claims Taiwan has repeatedly rebuked.

Taiwan has the capabilities to defend itself and has vowed to should China fire the first shot. With large posturing but no actual fighting between the two nations, many wonder when and if it will happen. The actions of China’s President Xi Jinping and his military indicate that much like when Russia invaded Ukraine he is waiting for the right time and the right moment. Considering he has yet to truly breach Taiwan’s airspace, he may not be that confident in his abilities.

The more Jinping and China keep up these provocations the weaker they look. Much like the bully who keeps flicking the ear of the kid in class, at some point the kid will get sick of it. Unlike that kid though, Taiwan has many nations involved in the idea of keeping it safe. From the US to Japan, to Australia, to most of Europe; everyone is trying to keep Taiwan safe.

Jinping may also be having second thoughts about this kind of attack after seeing how economically cut off Russia has become. Given the history between Russia and Ukraine compared to China and Taiwan, it’s easy to see how similar the global reactions would be. The major difference here is the size and location of Taiwan.

As an island getting supplies and equipment to the people of Taiwan would be much harder than in Ukraine. Especially since the Russians could only easily attack a portion of the country. Taiwan by contrast is an island and is vulnerable to attack from multiple sides. With the US Naval presence already there for Japan and now Ukraine, Taiwan is in a decently safe position, but they aren’t out of the woods yet. With any luck, President Jinping will come to his senses soon and sit down with Taiwan, maybe even with the US as a mediator too. That’s if Biden can keep his faculties enough to make the meeting.