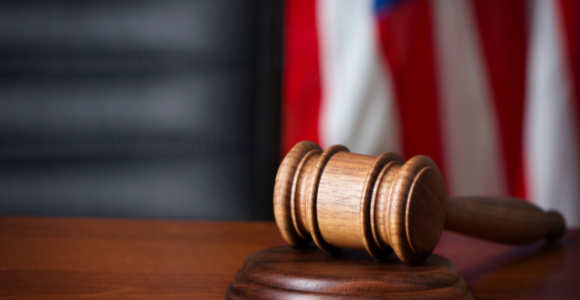 Political turmoil is no new kid on the block. In 2008 when John McCain and Barak Obama went to fisticuffs, so did voters. McCain came in like a John Wayne-type maverick with an unbridled quest to restructure the Republican Party while Obama was singing Kumbaya to a nation that needed to come together as one.

McCain and Obama were fully aware of America’s growing political divide that they each chose to capitalize on. Rather than attempt to bridge the gap by offering solutions, they drove the wedge further by ripping one other new orifices, each hoping to intensify enough of their fanbase into hitting the polls en masse.

Here’s how the political landscape has gradually changed. In 1976, in landslide counties where more than 20% of the vote win, elections were won by 26.8% of its voters. It jumped to 42.1% of voters in 1996 and over 50% by 2004, meaning that more like-minded people were living amongst one another.

These days, particular areas and regions of the country are prone to lean much harder in one political direction than the other. Author Bill Bishop explained the rationale behind same-minded political people banding together in his book, “The Big Sort: Why the Clustering of Like-Minded America Is Tearing Us Apart.”

He wrote,  “Americans are increasingly unlikely to find themselves in {sic} mixed political company. Pockets of like-minded citizens that have become so ideologically inbred that we don’t know, can’t understand, and can barely conceive of ‘those people’ who lived differently, though differently, voted differently. People weren’t picking presidents – they were choosing sides.”

With gun control and women’s reproductive rights now tearing at the heart of America, “tribalism”, as is the new term for nothing new, is growing stronger as the “us versus them” scenario expands its divisiveness.

Donald Trump didn’t start the fire, he merely inherited the growing flames. He understood the divisiveness very well which is why he catered to the voters who he knew would see his plans as being the best thing for the country. No matter what he said, he knew he wouldn’t be able to break through the liberal wall of ice. They wouldn’t even listen to him other than to offer criticism, and it got even worse once he was elected. “Not my president,” the opposers chanted.

After sitting in on a chamber of commerce meeting in Oklahoma City, Bishop concluded that it was liberals who mainly deny the existence of tribalism. They blame Trump and all of the right-wing Christians who ride his coattails. If they’d only open their minds enough to see things their way none of this would be happening.

As the chamber members were expressing their views concerning Trump being the root of all evil, Bishop told them, “No, we’re all in this, it’s a social change.” He said his answer didn’t set very well but he spoke the truth, like it or not.

Bishop’s forecast for the future isn’t all that encouraging. He believes we’ve come too far to correct what’s only trending towards the worst to come. We’re influenced by our surroundings and the people we come in daily contact with. The ones we have a beer in a bar with or invite over for supper. Tribalism isn’t going anywhere, but for God’s sake, don’t blame Trump. Blame us. We’ve been at this longer than he has.