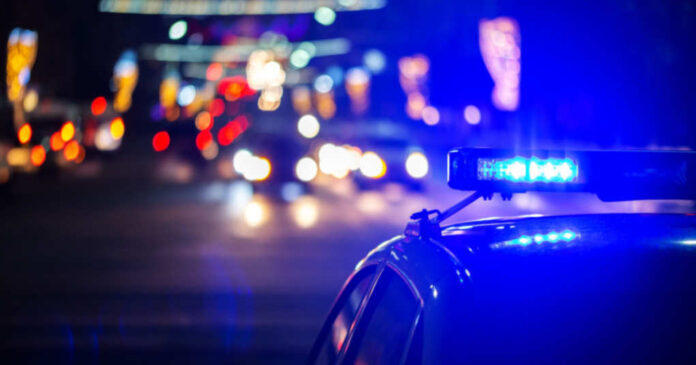 The Democrats are back up to their old tricks again, trying hard to pass legislation that will destroy America as it is known today. Over the past several years, the liberals have tried to defund the police and limit how they respond to criminal activity. The liberals want to put the power of the confrontation in the criminal’s hands so they can tell the police what to do. But when Senator Rand Paul from Kentucky got wind of the bill, he had a few choice words to say.

The new bill proposed by the Democratic Party is another way to cripple law enforcement. Paul stated, “This bill implies that all people are bad. That there’s this great and worrisome thing that is infecting America when the opposite is true.”

Democrats need a law that enables them to classify domestic terrorism as something that stands in their way of dominating the political landscape. They would be able to call all conservatives, parents, and Republicans a terrorist simply because of what they believe in. The liberals have lost the ability to debate issues and come to an agreement that is acceptable to everyone. Bipartisan has no meaning in the Democratic handbook.

According to Rand Paul, the bill is a significant insult to the current people who serve in law enforcement and the military. The bill they want to pass is a reactionary effort against recent mass shootings. They saw the shootings in New York and Texas as a means to advance more of their political trash.

The mass shooting in New York came from a person who labeled himself as a white supremacist. He walked into a store and started shooting people with different skin tones. The action of one person was just enough for the Democrats to bring up the Domestic Terrorism Prevention Act. They brought up the bill for debate.

The bill is another way for the Democrats to seize more power and institute more gun control laws. Senate Majority Leader Chuck Schumer thought the bill was an excellent way for both sides of the political landscape to talk about gun violence.

The liberals think that guns are the blame for all the shootings that occur every several years. But the truth is that the person wielding the weapon is the problem. The Democrats have removed all ethical standards from the school systems and society, so people grow up thinking that they can murder people and get away with it.

Schumer’s words were elegantly chosen. He wanted to make the debate sound like it was about domestic terror. But what he wanted to do was push through a bill that would limit the Second Amendment.

The bill was supposed to set up two new divisions within the Justice Department and the Department of Homeland Security. Both of the offices would be tasked with striking back at domestic terrorism. The terrorist groups would be defined as white supremacists and neo-Nazis. The new offices would actively seek out any person who had infiltrated current authority levels around the country.

The problem with the bill is found within what is defined as a domestic terrorist. The liberals have already tried to brand all Donald Trump supporters and parents as terrorists. The new offices would have the power to target law-abiding citizens simply because they have a different viewpoint than Joe Biden.

The vote for approval failed, and the bill died on the Senate floor. Joe Biden and Chuck Schumer would not be able to have their domestic police squad out terrorizing Americans.