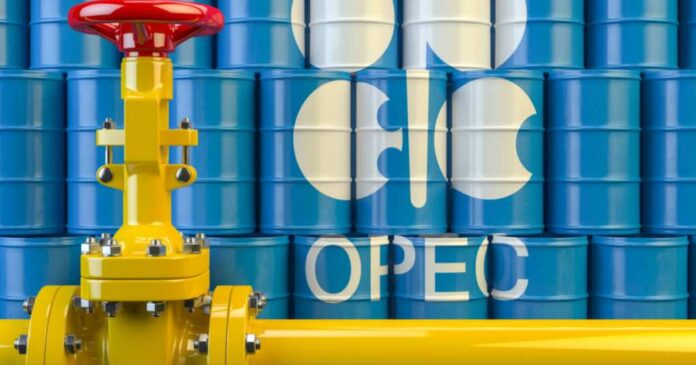 Since President Joe Biden took office, the US has gone into an economic tailspin. Between inflation, a market recession, and a lack of oil production, the US has gotten into deep trouble. Now, this is all something he can help solve, but he refuses to actively do much of anything to help. The Fed has raised interest rates to help curb inflation, and the sale of bonds is helping to stabilize the markets.

However, oil has been the most problematic for the country. With President Biden refusing to sign off on new oil leases, there has been a shortage of US production over the last two years. This has been fueling the fire for inflation as prices are being hyper-inflated to make up for fuel costs to manufacture goods and transport them. With many manufacturers having multiple other companies being responsible for some part of their process, these costs just keep stacking one on top of the other.

Rather than try to fix the problem here by increasing oil drilling, President Biden has reached out to OPEC to ask them to help offset these costs with increased oil production. In response, on June 2nd they vowed to ramp up production by 648,000 barrels of oil per day for July and August. While this will provide a tiny bit of relief, with refineries still not operating at 100% of capacity, the resulting price drop would only be minimal at best.

With Saudi’s leading OPEC, they have been resistant to increasing oil production. Last month, Biden sent a delegation to the country to try and negotiate a deal. On the surface, it looks as if he was able to get something done. One of their biggest contentions is the sanctions against Russia. With the silence from OPEC concerning their biggest ally Russia invading Ukraine, and the US taking sanctions against them, it’s no wonder they have had little luck in getting things changed.

Saudi Arabia and the United Arab Emirates both have significant headspace to ramp up oil production. Meanwhile, nearly every other nation on the planet has fallen short of its output forecast since the start of the pandemic. This has led both countries to deny Russia is the main or even a major cause of the decline in oil production.

RBC strategists including Helima Croft sent a note to Bloomberg on June 1st about the situation and it seems somewhat optimistic. “While we initially thought such a policy shift would likely coincide with a meeting between President Biden and Crown Prince Mohammed bin Salman, we now believe that the expiration of the OPEC+ agreement could potentially come at tomorrow’s ministerial meeting… The remaining barrels could be added back in July and August.”

With Russia’s production being cut by 10% since the start of their invasion due to sanctions, the country hasn’t begun to see a significant impact. The European Union is looking into changing that, as they are threatening to end their purchase agreements due to the war. The US lost more than that due to the pandemic, and the policies of the Biden administration have choked off even more than that since he took office.

While it’s great to see OPEC finally deciding that they like money and want more of it, there is a much better solution. By signing off on drilling permits, land leases, and the reopening of refineries the US could easily ramp up our production to pre-pandemic levels. The leftist agenda has been providing more problems than solutions on this matter, and it’s not good for our economy.

It also isn’t doing anything to save the earth either. Despite their push for the Green New Deal and making gas too expensive, the economy isn’t ready to jump to a fully electric market. Even Elon Musk sees this, why can’t President Biden and the rest of the left?