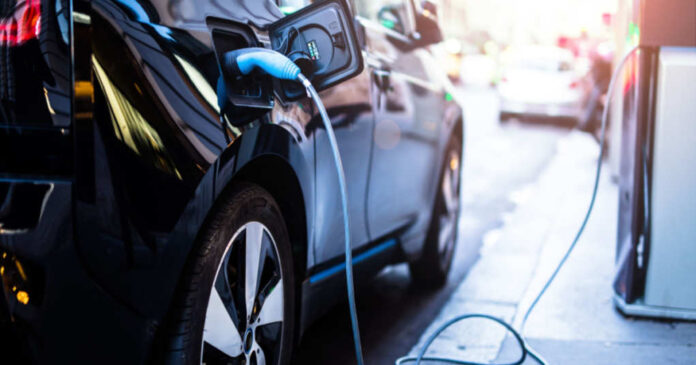 Electric cars are all the rage right now, right? That is if you listen to the political left and their liberal-backed environmentalists. According to them, they are green and one of the major ways in which the human population can cut down on CO2 emissions that are apparently clogging up our atmosphere and creating global warming or whatever they are calling it these days.

There’s just one problem; real environmentalists know that this so-called green alternative isn’t actually any better for our planet.

But before we get too far into what the experts are saying, let’s take a quick look at what the owners of EVs are noticing.

As a senior contributor at Forbes, he can more than afford the hefty price tags of most EVs and, therefore, has gotten himself a very nice Tesla. He also has a penchant for driving fast and using rather expensive tires, which are supposedly meant to be more efficient and noise-canceling…

While Templeton still believes that EVs are “better,” he has to admit that there is one major drawback he’s noticed. And that’s that his tires wear out much faster. As he wrote in an article titled, “Electric Vehicle Maintenance is Super-Cheap, But The Dark Secret is Tires,” he said, “The doozy is needing new tires at around 28,000 miles.”

And as he admits, that’s “too early” and even “far before” the life they are meant to have. Now, he does acknowledge that part of this is his fault, as he didn’t rotate them as often as he should have. But even so, 28,000 miles is a lot less than what the manufacturer suggests is normal.

So why is that? (Here’s where the experts come in).

Well, as recent studies have proven, it basically comes down to the weight of the vehicle, which is much heavier than its oil-consuming counterparts. The heavier a car, the more wear and tear on the car. And the same goes for how fast or recklessly you drive it.

Basically, the heavier a vehicle is, and the faster you drive it, the more microparticles of the tire come flying off of it. This not only obviously wears the tire treads down but also puts what are known to be rather harmful bits of microplastics into the environment.

If you didn’t catch that, I used the word “microplastics,” as in small pits of plastic, which, if you didn’t know, contains oil – the very thing these cars are supposed to be eliminating.

As a 2019 National Geographic article reports, the average car tire is made up of about 7 gallons of oil. Larger truck tires can use as much as 22 gallons of the stuff. And it’s bits of this that are coming off of tires, landing on our soil, seeping down into our water supplies, and being washed into lakes, rivers, and everywhere else.

So not only are these EVs actually using oil, and at a higher rate than usual, but they are actually putting more of it back into our environment.

Furthermore, research suggests that these small particles could be devastating to our wildlife.

A professor of physiology at The Citadel in Charleston, South Carolina, John Weinstein, says that in studies on shrimp, these microplastics wreak havoc. And no, that doesn’t just mean it kills them as it gets caught in their gills and gut. Instead, it just causes major health issues, which are then ingested by humans as we eat them.

And that’s just the problems with the tires.

The battery is another major problem. as you know, it is the battery that allows for these vehicles to work without gas or oil in the traditional sense. But where do those batteries come from, and what becomes of them when they wear out, as all batteries eventually do?

As one petroleum analysis expert and author posted on Twitter, it is mined, just like the tar sands that are so frowned upon. And yet, for some reason, it’s seen as “green,” despite having the same exact earth and wildlife damaging results.

And batteries, like all batteries, can’t just be thrown away either, as they contain harmful chemicals and toxins.

The dark secret about EVs is that they aren’t really all that green after all. In fact, they could end up being even more harmful.