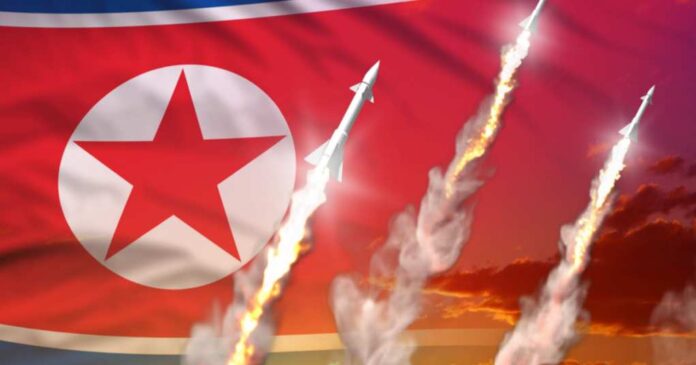 On May 31st the US finally drew a line in the sand with the aggression from North Korea. In response, China and Russia vetoed a UN resolution sponsored by the US to impose tougher sanctions on North Korea for their recent barrage of intercontinental ballistic missile (ICBM) testing. These ICBMs can carry a nuclear warhead for their payload, and their recent tests are aimed at reaching US shores.

With a 15-country panel on North Korea, only five nations retain permanent status on the panel and have veto power. Returning a 13-2 vote, the vetoes from China and Russia mark stark division from the rest of the panel. US Ambassador Linda Thomas-Greenfield has been outspoken about her desire to see further sanctions on North Korea and the China-Russia joint venture against these sanctions.

“We certainly, as we attempted in this last resolution, will push for additional sanctions…So, they heard very loudly and clearly that 13 members of the council stand strong in condemning what they are doing and they’re being protected by the Russians and the Chinese veto. But now they know that the Russians and the Chinese have not been supported by the members of the council.”

No matter how Russia and China try to protect North Korea, the tiny nation is digging its own grave as it is. After two years of total isolation due to COVID, and limited trading partners as they produce very little the outside world would even want, it’s hard to see what they will gain by protecting them besides having a country that will buy their exports at some point in the future. If they ever re-open that is.

At this point, even France is curious about these vetos. UN ambassador for France Nicolas de Riviere believes the vetoes by China and Russia come from their quest for “protecting the North Korean regime and giving it a blank check to proliferate even further. France will continue its efforts to ensure that the council is able to act and that it regains the unity it has had on this issue.” When France is telling you that this is too much, you know things have gone too far. While not as neutral as Sweden or Norway, they seem to try and stay away from international affairs until their voice is needed.

Per a UN General Assembly resolution that passed on April 26th, the full 193-member world body will be required to hold a first-of-its-kind debate about the situation that is sparking a veto within the Security Council within 10 working days. Those who hold a permanent vote and vote for the veto are given preference on the list of speakers. Currently slated for a June 8th meeting, no official word about China or Russia’s attendance has been given so far.

These resolutions are effective when you have a country that has much to lose. Kim Jong-Un has nothing. For two years now he hasn’t been able to trade coal with China due to COVID. With the virus only recently being acknowledged as being in his country (despite reports that it has been there since shortly after it was discovered), the nation has been suffering greatly.

Only it’s not Kim, his top brass, or other leading officials who have been paying the price. Rather it’s the same people these sanctions normally hurt who are impacted most, the average North Korean. If the UN wants to make Kim back off, they need to find a way to cripple him and his power over North Korea. Many of the people are aware of just how controlled they are, and just how free life outside the tiny nation can be. If only they could band together and overthrow this dictator. Perhaps that will be the next step following his next missile launch or nuke test?