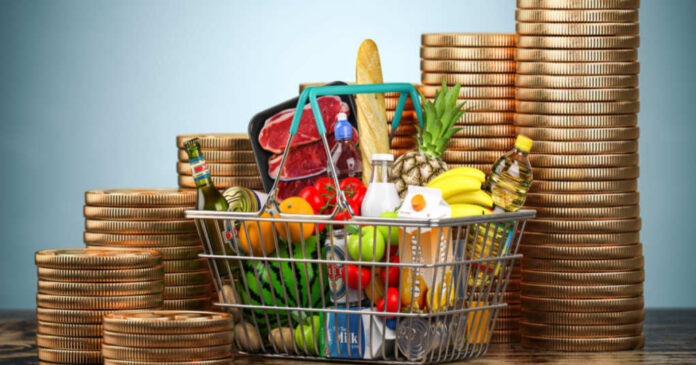 Every time you go to the grocery store for things like bread and milk, you likely notice that the price has gone up – again. Inflation is crushing each and every American. It doesn’t matter how much money you make. You’re noticing that groceries are costing a lot more – and it’s taking a toll in one way or another.

As gas prices rise, the cost of transportation goes up. This means that it will cost more for goods to get into the stores. And that means the cost of goods will go up to account for the added expense of getting everything onto the shelves.

Inflation is at a historically high level. Grocery inflation, specifically, is at 13.2%. That number is particularly harmful to low-income families. Their budgets aren’t designed for a 13.2% increase because they’re barely making ends meet. They don’t have any discretionary spending built-in.

When inflation goes up, it can be devastating. And it causes people to lash out because they are hungry, broke, and frustrated. A recent Gallup survey showed that inflation is the top problem that people are experiencing.

The Biden administration could do something about inflation. Instead, take a close look at what Biden and Harris are working on. They focus their energy on such things as transgender rights, abortion, and gender-affirming healthcare.

Americans don’t care about those things. They care about the ability to afford groceries and being able to feed their children.

The Consumer Price Index (CPI) is one of the greatest measures of inflation – and April showed it was at 8.8% — which is also a 41-year high. There’s also the Personal Consumption Inflation (PCE) which measures the cost of living. It’s sitting at 6.3%.

All of those show that America is spending more than they used to spend – and it has grown substantially since Biden took office.

The real problem is with grocery inflation because it shows that people are spending more on food than virtually any other category.

International Business Times spoke with Shawn Paustian of Numerator, who explained “With inflation on the rise, consumers continue to pay for their everyday goods. This is especially true for grocery products. And with grocery prices rising fastest in channels like Online, Dollar, and Mass, middle-income shoppers are disproportionately more impacted, as they spend more of their grocery dollars in these channels than the average consumer.”

Low and middle-income families buy more in groceries because they aren’t going out to eat. They need every dollar to count. And budgets are getting spread thinner and thinner.

The only things that families can stop spending money on are the “non-necessary” items like eating out and going on vacation. When these things have already been cut from the budget, it means that people have to start deciding on basics – do they need milk? Can they choose to cut a particular meal from the day?

Many low-income families qualify for such things as food stamps and WIC. Middle-income families, however, don’t. It means that they simply struggle – and that often means changing up menus to be less healthy, which can, in turn, have a negative impact on health and health costs.

The entire Biden administration needs to pay attention to what their policies are doing. Low and middle-income Americans are struggling. And it’s going to come down to more than just being able to feed their families if things continue down this path for much longer.