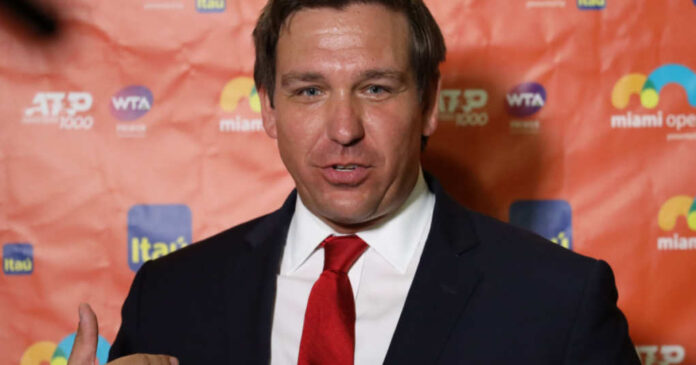 Florida Republican Governor Ron DeSantis has led his administration to ask the state medical board to basically ban all transition-related healthcare for transgender youth. There is another state agency that made a public report that justifies keeping transgender people from using state Medicaid for receiving gender-affirming care. Medicaid is the federal health program that provides for lower-income people in the United States.

These decisions from the agencies in Florida come on the heels of an advisory from the state Department of Health. It suggested that they ignore federal health guidance and give the advice that the agencies do not give care to transgender minors.

Florida is not alone, there is a wave of Republican-led policies and laws in other states that are restricting the healthcare of transgender youth as well as banning them from school athletic participation.

There was a 46-page report released by the state’s Agency for Health Care Administration at the beginning of June that debunked research that attempted to justify a ban on Medicaid coverage for transgender people of any age. This would have covered puberty blockers, hormone therapy, and gender-reassignment surgery.

After the report, Joseph Ladapo, Florida’s surgeon general, relayed to the state board regulating doctors that widely supported evidence from medical professionals that support gender-affirming care is in his words, “extraordinarily weak.” He also said that the state of Florida has to “protect children from politics-based medicine.” This is according to a letter that was obtained by NBC News.

The most recent information from Florida got quick backlash from medical professionals and LGBT+ advocates.

If Florida follows through with their plan for state Medicaid, it would be the 11th state to have exclusions against gender-affirming care. This is despite federal court precedents that have ruled that exclusions are violations of the Affordable Care Act and Medicaid Act. This is according to the American Civil Liberties Union. The Human Rights Campaign has estimated that denying Medicaid for this segment of the population could impact about 9,000 transgender people in the state of Florida.

The Human Rights Campaign wrote that Florida’s actions were a transparent attempt to create controversy and ignore what is medically appropriate for some Floridians because of purely partisan reasons which are discriminatory.

“Gender-affirming care is lifesaving – that, unlike the material in this report, is a fact – and this medical care is neither experimental, nor new,” said Cathryn Oakley, the Human Rights Campaign’s state legislative director, and senior counsel.

The National Center for Transgender Equality wrote in a statement, “Banning gender-affirming care under Medicaid – and trying to ban gender-affirming care for youth – is incredibly irresponsible. This will only increase barriers for trans people seeking medically necessary care – and this decision is both deeply biased and anti-science”.

Carlos Smith, a Florida state representative and an openly LGBT+ state legislator said that the governor’s administration is attempting to take the freedom of trans adults from receiving healthcare and they are trying to take away the right of parents from caring for their kids.

“There’s no consistent or conservative ideology here. Just cruelty and a willingness to use vulnerable people to advance his presidential dreams,” he said.