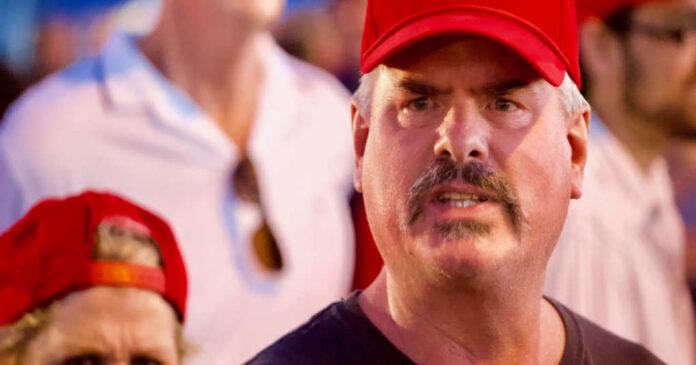 Special Counsel John Durham got a setback this week in his investigation into the Hillary Clinton 2016 presidential campaign. Clinton lawyer Michael Sussmann was acquitted this week of lying to the FBI when he advanced information that was directed at casting suspicion on former President Donald Trump and Russia just before the election of 2016.

This case against Sussmann was the first real test of Durham’s investigation since he was appointed three years ago. The verdict is not good news for Durham’s efforts. Those who support Trump are hoping that the investigation will show misconduct by law enforcement officials who were investigating Trump’s campaign.

This acquittal will certainly cause more people to question the need for the investigation and the cost to taxpayers.

After deliberating for several hours, the jury came back with their verdict. Sussmann spoke to reporters outside of the courtroom and said that he told the truth to the FBI and the jury say that. The verdict was unanimous. He said, “Despite being falsely accused, I am relieved that justice ultimately prevailed in this case.”

Durham said that he and his team were disappointed with the verdict, but that they respected the jury’s decision and he thanked the investigators and prosecutors on his team for their dedication to seeking the truth and justice in the case.

The trial was focused on a very narrow issue, did Sussmann conceal from the FBI that he was representing Clinton’s campaign when he gave them computer data that he said showed a secret communication backchannel between Russia-based Alfa Bank and the Trump Organization. Sussmann is a cybersecurity attorney and former federal prosecutor.

The FBI examined the information and quickly determined that there was no suspicious computer contact.

James Baker was the FBI’s general counsel at the time. He testified that he was “100% confident ” that Sussmann told him he was not representing any client when they met in September of 2016.

But prosecutors alleged that Sussmann was acting on behalf of the Clinton campaign and another client. They focused on a text message that was sent from Sussmann to Baker the day before they met.

Legal counsel for Sussmann denied that he lied and they said that no one could know what was said in their meeting. They said that even though Sussmann did represent the Clinton campaign, he did not go to the meeting with Baker on the campaign’s behalf and he didn’t ask the FBI to take any action for the campaign.

Sussmann’s lawyers said about the case, “This is a case of extraordinary prosecutorial overreach. And we believe that today’s verdict sends an unmistakable message to anyone who cares to listen: politics is no substitute for evidence, and politics has no place in our system of justice.”

The jury was asked to put politics aside when deliberating. But those who support Trump were aware that the jury pool was taken from Washington, a heavily Democratic area. Some wrote on social media that the legal system was “corrupt” and one supporter said that the acquittal was an example of “our country going to HELL.”

Durham has brought three criminal cases to the court so far, and only one was against a federal government employee. None of the cases have gone against the Mueller investigation findings.

Kevin Clinesmith, a former FBI lawyer, was given probation when he pleaded guilty in 2020 to altering an email related to secret surveillance of a Trump campaign aide. And Igor Danchenko is awaiting trial for his involvement in the Democratic-funded dossier.

If Durham doesn’t score a win soon, the investigation is in trouble.