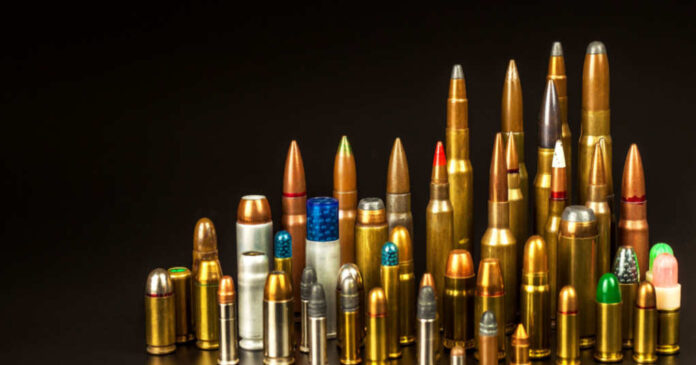 We have inadvertently given China the upper hand in many aspects of American life. Why? They have the manufacturing capabilities that we don’t.

Look at what you buy. Flip it over and read the imprint or the sticker or the tag. It’s likely made in China.

It’s nearly impossible to find the U.S. flag and “Made in the USA” on things anymore – unless you’re prepared to pay considerably more in order to support our own economy.

Buying from China is fine for some things – cheap dishes, a child’s toy, that sort of thing.

What’s not okay to buy from China is ammunition, especially what the U.S. military needs in order to be able to defend ourselves.

China is not an American ally. And, as they have proven time and again, they don’t want to be our ally. So, it’s quite problematic that we’re nearly fully dependent on them for our ammunition. What happens if they decide they don’t want to sell to us anymore?

According to Defense News, the U.S. military is actually dependent on a mineral that is essential to the production of not only ammunition but also other defense products.

The House Armed Services Committee has recently released draft legislation that would require a briefing on the supply of antimony by October along with a five-year outlook on the vulnerabilities within the supply chain.

It’s good to see that Congress is ahead of the situation – as opposed to learning about supply chain issues once there is no longer any antimony available – or China refuses to supply it to us.

Antimony is the mineral that is used for armor-piercing bullets, explosives, night-vision goggles, and even nuclear weapons. And unfortunately, the U.S. doesn’t have such a mine for this mineral.

As Representative Seth Moulton (D-MA) explains, “China, in particular, does a remarkably good job in hoarding these materials. China clearly has a comprehensive global strategy to corner the market on these materials and we’re behind and we’re playing catch-up.”

First off, let’s acknowledge that Moulton is taking a swing at China. He recognizes the dangers – and that’s nice to see. Most Democrats rush to defend China for reasons unknown.

Britannica has identified that, in 2020, half of the antimony originated from China, Russia, and Tajikistan. Considering that none of these countries are allies of the U.S., it puts us in quite the predicament. After all, why would they want to give us antimony if it meant that we’d be able to develop ammunition and weapons that could take them out?

Still, we have to figure out a better solution than relying on China or any of our other foes for antimony.

Moulton worked with seven Republicans to write a letter to the defense appropriations subcommittee a few months ago to ask for $264 million. This money would be used for the National Defense Stockpile. It is a reserve of critical materials that can be used in the event of a national emergency. The letter claimed that, over the past 30 years, Congress has authorized that most of the stockpiled materials be sold off.

The letter states that “the current stockpile is inadequate to meet the requirements of great power competition.”

Due to supply chain issues from COVID and the amount of support we’ve sent over to Ukraine, we’re in quite the predicament. Now, we just need to hope that Moulton and the rest of the House Armed Services Committee are able to protect our ammunition and build up our stockpile. Otherwise, there’s no telling who could come and how unprepared we could be for what they bring.