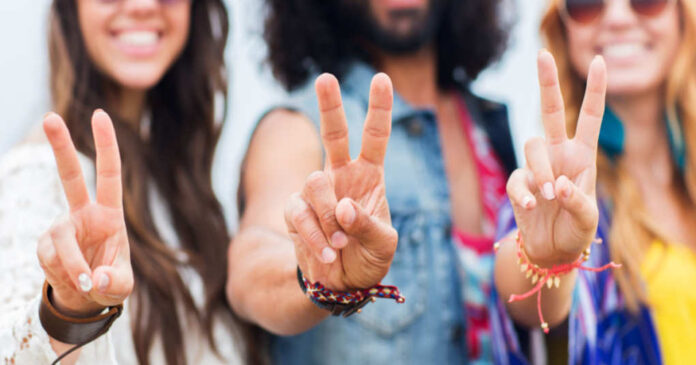 Retro is usually cool…long hair, beards, bell-bottoms, peace, and love. Most people love a look back at the ’70s in America. Except when the experience of today flashes back to the stagflation of the ’70s decade.

For many people in this country, the 70s bring back memories of long lines at gas stations and closed down factories.

The word “stagflation” signifies high inflation and a weak job market. This is a bad combination that makes life very difficult for consumers and leaves experts on the economy guessing.

Most experts are ready to discuss inflation being high when the economy is strong and unemployment is low. But in the ’70s there was that perfect storm and some of seeing the same storm on our horizon.

Just this week, the World Bank raised the idea of stagflation in an across-the-board downgrading of the global economy.

The agency focused on anti-poverty warned, “The world economy is again in danger. This time, it is facing high inflation and slow growth at the same time. … It’s a phenomenon — stagflation — that the world has not seen since the 1970s.”

Janet Yellen, the U.S. Treasury Secretary, echoed a similar sentiment in speaking to reporters last month, “The economic outlook globally is challenging and uncertain, and higher food and energy prices are having stagflationary effects, namely depressing output and spending and raising inflation all around the world.”

At this point, economists agree that the American economy has enough power to avoid a recession. But that could change as supply chain problems continue and Russia continues in its war in Ukraine. These issues have caused prices of consumer goods to skyrocket at a pace not seen in decades.

It’s the former Fed Chair Ben Bernanke that is floating the word stagflation in today’s economic climate. He recently told the New York Times that inflation was still too high and there could a period in the next one to two years where growth is low and unemployment is up a little with inflation still high.

Bernanke said, “You could call that stagflation.”

The chief economist at Moody’s Analytics, Mark Zandi, defines stagflation as the point when unemployment rates reach at least 5% and consumer prices have risen 5% or more from the previous year.

Up until the 1970s, most economists did not believe that stagflation was even possible. They focused on what was called the Phillips Curve, named for A.W.H. “Bill” Phillips (1914-1975) of New Zealand. This theory stated that inflation and unemployment always go in different directions, which seemed like common sense.

But in the 1970s, Saudi Arabia and other oil-producing countries created an embargo against America and other pro-Israel countries. Oil prices increased dramatically and the cost of living became unaffordable. So from 1974 to 1982, inflation and unemployment in the U.S. both rose above 5%. The combination of these two figures came to be known as the “misery index,” which reached its peak in 1980.

We are not yet in another stagflation because the unemployment rate is at 3.6%, just a little above a 50-year low. But the risks are looming on the economic horizon.

Inflation is causing an erosion in the purchasing power of American consumers. We have endured times of high unemployment in the past. It reached 10% after the 2007-2009 Great Recession. And it reached 14.7% after the beginning of the COVID-19 pandemic in 2020.

But until last year, inflation remained at a distance. It has not been since 1990 that our country has faced the combination of 5%-inflation and 5%-unemployment stagflation standard.

Get out your bell-bottoms and stoke your flower power…We could be going retro again.