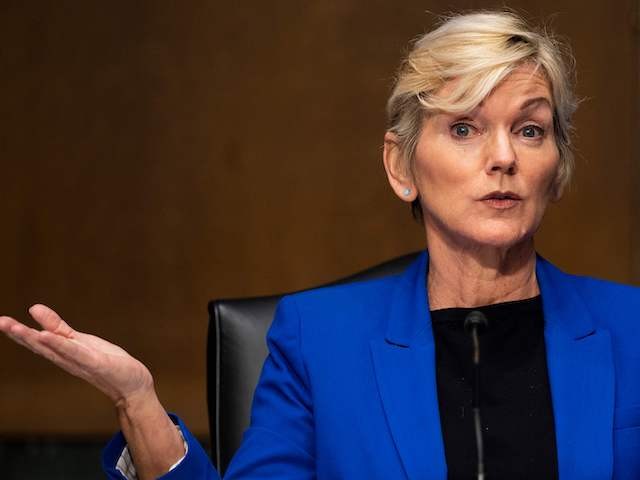 On Wednesday’s broadcast of CNN’s “New Day,” Energy Secretary Jennifer Granholm said that a surtax on excess profits from oil companies “is a tool,” and “no tool has been taken off the table” by President Joe Biden.

Co-host John Berman asked, “When we talk about the tools, you mentioned some of the proposals being discussed in Congress. Sen. Ron Wyden, Democrat, has suggested a 21% surtax on excess profits from the oil companies. Is that one of the tools the president supports?”

Granholm responded, “It is a tool, I’m not saying the president has made a decision about what he would support. He wants to hear from the companies first, but we note that that has happened, obviously, in the U.K. And let me just remind everybody who’s watching that this question of refining capacity and oil production are both global issues. Global refining capacity has come offline. And we know that, due to the war in Ukraine, Russia’s ability to export millions of barrels of oil has also come offline. Because countries like the United States have rightfully said we are not going to buy Russian oil. And so, the president has — is looking at every tool always, and the biggest tool he has, of course, is the Strategic Petroleum Reserve. And he is releasing one million barrels per day. But it’s not enough to account for the amount of oil that has been pulled offline due to the invasion of Ukraine. And now it’s summer driving season, John, and as you know, historically, during summer driving season, prices have gone up because demand has increased. We’re also seeing that with China coming out of COVID, we will see another increase in demand globally. But if you were in Brazil, you’d be paying the same amount for gas at the pump, over $5. If you were in Canada, you’d be paying over $6. If you were in Germany, you’d be paying over $8.”

Berman then asked, “It’s possible you’re saying that he would support a surtax on excess profits from oil companies?”

Granholm answered, “I’m just saying that no tool has been taken off the table and he wants to hear from the refineries, the companies who are doing refining to see what is the bottleneck and how we can increase supply. And he’s also asking, of course, for the oil and gas industry to increase supply as well by drilling more. They are about 100 rigs shy of what they were before COVID. They need to increase supply. There was a study yesterday that came out of Reuters and it said that, while the profits in the first quarter were record profits, we also know that they returned about $9.5 billion to shareholders. If they had even taken half of that — we’re not against profit, obviously — they had taken just half of that and reinvested it in supply, we would see hundreds more rigs, we would see hundreds of thousands more barrels of oil. We’re asking them to be in this era, where we’re on a war footing, to consider increasing supply, both domestically and of course, internationally.”