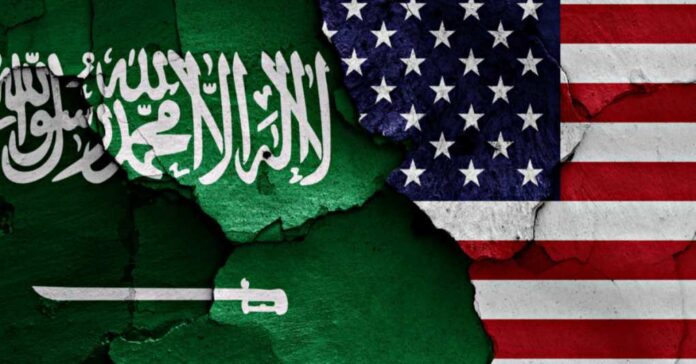 Every day since he was sworn in, President Biden has been trying to find ways to win the love and support of the far left. As if it’s a contest for homecoming queen, he has pushed every tiny agenda he can think of, flip-flopped his stance on hot-button topics, and been a general nuisance for anyone besides the far left.

A large part of that has come in the form of failed policies – particularly in the Middle East. Just slightly over a year since concluding that Saudi Arabia’s de facto leader ordered the brutal murder of an American resident and journalist while taking the White House by claiming Rihadh would become a pariah, Biden is now bending the knee for their kingdom.

Planning a trip to go visit Crown Prince Mohammed bin Salman is something nobody takes lightly, especially President Biden. Given how lopsided the relationship between the Saudis and Americans is, it’s simply amazing just how much Biden is willing to give up to try and keep pushing the crisis as being a global one, and not more specifically a U.S.-based crisis. The Middle East has seen little to no changes in its gas and oil prices in 20 years.

Even with constant conflict and infighting within the whole region, no country has had the pricing problems the U.S. has seen. While they have looser regulations, we have kept the same standards for decades, and we should be able to follow them while keeping costs down. The fact that isn’t happening is a sign the U.S. is doing things wrong. Mostly, we are not doing what the Middle East does and draw from our resources to supply ourselves. This isn’t crack, and BIG isn’t in charge; we can get high on our own supply.

With a horrific exit from Afghanistan and incredibly strained relations with Iran, barely anyone can see a plus side to this visit. Senator Ron Wyden (R-OR) is one of the loudest advocates for deceased writer Jamel Khashoggi following his death from the crowned prince. “I just don’t see any evidence that Saudi Arabia is really stepping up or has stepped up in a situation like this to get relief to people who are just getting clobbered by the cost of gas…And I see the human rights violations so clear and profound in terms of what they represent for our values.”

Given President Trump’s first in-office move to try and make the Saudis a closer ally, this mirrored attempt by Biden is doing exactly what the left was hating about Trump. There is no upside to going there and trying to get more from the crowned prince or his kingdom.

Mind you, he does still have some supporters so far up his backside they can tell what he’s having for lunch tomorrow.

Senator Chris Murphy (D-CT) is one of them. “Would I be tougher on the Saudis and the Emiratis and the Egyptians? Absolutely. I think we need to do a better job of walking the walk on human rights rather than talking the talk. But when it comes to two of the biggest and most important portfolios in the Middle East, Iran, and Afghanistan, I think the administration has gotten it pretty right.”

First off, Senator, Iran is not one of the biggest or most important portfolios in the Middle East. It’s an angry problem child who is trying to figure out how to throw a temper tantrum. While he can impact the global markets more than Kim Jun Un can, he nor his country is that impactful.

Secondly, the fact that you have the balls to say he got anything in Afghanistan right should make every American want to punch you in the face.

Quite simply, how dare you, and how dare your constituents keep you in office. You are a disgrace to the Senate and America as a whole.