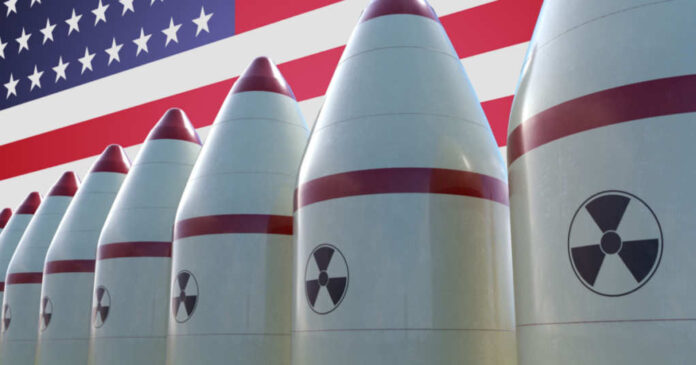 For the first time since the end of the Cold War, the number of nuclear weapons across the globe is growing. Despite many countries being forced to destroy countless warheads that have reached their lifespan, many countries keep producing more weapons to replace them. With tensions rising across the globe, many scholars and military advisors are becoming increasingly concerned.

With the Russian invasion of Ukraine stoking the fires of discontent, the concerns about a small incident turning things nuclear have skyrocketed. While Russia has been going after Ukraine in small incidents over the last decade, this is the first time they have out and out invaded the nation. This has prompted a near-global response to support Ukraine, and while other countries have yet to put boots on the ground, the money and weapons being sent have made a tremendous impact on the war effort.

At the same time, China has been threatening a complete invasion of Taiwan to reclaim the country. While it has never stopped being a territory of China, they have been able to operate independently. China’s claims to Taiwan have in turn led to not only numerous contradictory statements between the US State Department and President Biden, but it has also put much of the globe on high alert. Given Taiwan’s position for shipping in and out of the Pacific, there are of extreme strategic importance.

North Korea of course isn’t staying out of the mix here. Between frequent rhetoric in their state-run media and their near-weekly missile launches, they are trying to flex the muscle they just don’t have. While no nation has responded militarily to their actions, the incoming sanctions are gripping their country with lasting effects, but sadly it’s Kim Jong Un’s people who pay the price, not the leadership.

With these three situations impacting the global economy, all nine nuclear countries across the globe are making moves to modernize and strengthen their nuclear capabilities. The US, U.K., France, China, India, Pakistan, Israel, Russia, and North Korea have all been making great strides in the last few years, and 2022 is no different.

Wilfred Wan, director of Stockholm International Peace Research Institute (SIPRI)’s weapons of mass destruction program is more than a bit worried about the activity he has been seeing. “All of the nuclear-armed states are increasing or upgrading their arsenals, and most are sharpening nuclear rhetoric and the role nuclear weapons play in their military strategies. This is a very worrying trend.”

Currently, 90% of the known nuclear weapons are held by Russia and the US – a lasting reminder of the Cold War. Russia is known to currently have 5,977 or so nuclear warheads; 550 more than the US. With a total of 12,705 known at the start of 2022, only 9,440 were held by the military for potential use per the SIPRI.

Nuclear war is no longer just a bad dream, but a potential reality for many people across the globe. As more countries become focused solely on themselves, and going after anyone they believe oppresses them, the nuclear conflict line becomes closer and closer. Rhetoric between the US and Russia is not helping the situation any. The aggression of the Russians is slowly pushing the US into an area where a military response could become necessary.

Russian Foreign Minister Sergei Lavrov provided an interview to Russian State TV back on April 24th, and he acknowledged the situation we are now in. “During the Cuban missile crisis, there were not many written rules. But the rules of conduct were clear enough. Moscow understood how Washington was behaving. Washington understood how Moscow was behaving. Now there are few rules left.” When even the Russians are admitting there is a problem, we have a problem. Can President Biden find enough brain cells to find a way to end this thing without firing a nuke?