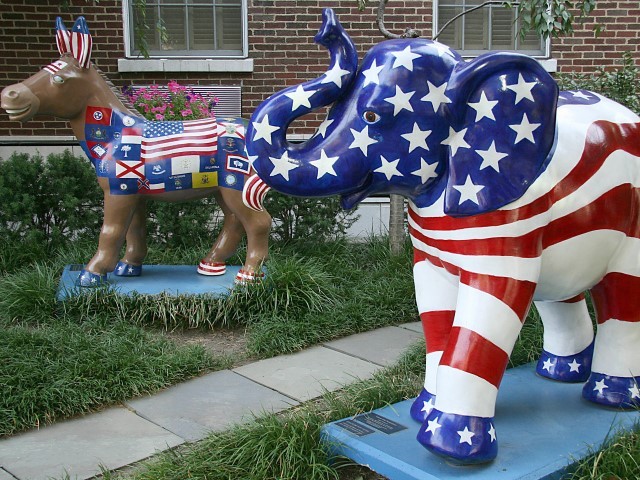 But Republicans can develop their own methods to take advantage of vote-by-mail and, where legal, ballot harvesting. They may not like it much, but winning through the mailbox is better than losing through the ballot box.

A handful of states have had vote-by-mail for decades. Almost all of these are heavily Democratic, and most have become even more Democratic since adopting vote-by-mail. The reason seems obvious: it takes more effort to vote in person.

People of means are more likely to be able to make the effort to show up in person, and may also be more motivated to do so because they have more at stake. Vote-by-mail tends to turn out “low-propensity” voters, many of whom are Democrats.

The one exception to that pattern is Utah, which has always been a more conservative state, for religious and demographic reasons. But generally, vote-by-mail seems to favor Democrats.

It also favors Democratic turnout operations, which take advantage of the fact that Democratic voters tend to live in cities, or near them. And it is even easier to turn out envelopes than voters. That is why Facebook CEO Mark Zuckerberg targeted urban counties in key swing states in the 2020 race.

The way that vote-by-mail was adopted across the country in the 2020 election was grossly unfair. Left-wing activists seized the opportunity of the coronavirus pandemic to argue that it was dangerous to vote in person — though Israel and South Korea held in-person elections even during the height of the pandemic, without any associated COVID-19 spread. Democrats pushed the courts to adopt one-sided changes to voting laws. Republicans were naturally suspicious of the whole system.

Imposing a new voting method that is favored by one party, and opposed by other, in the midst of a hotly contested election was a recipe for disaster. It also created conditions in which people would feel there had been fraud, even if it was tough to prove, because there are always going to be some races where the result on Election Day is reversed as vote-by-mail ballots are counted. And as a bipartisan panel observed in 2005, vote-by-mail is just more vulnerable to fraud than traditional voting.

Democrats will only get rid of vote-by-mail the moment Republicans start using it to win. That has already started to happen in California, where Republicans have used it in two successive election cycles to turn out their vote.

In 2018, the California Republican Party was caught flat-footed by a new 2016 law that allowed unlimited ballot harvesting. But in 2020, the GOP organized its own ballot harvesting operation, putting its own drop boxes in churches and gun stores, and flipped three seats.

In Los Angeles, the Democratic Party machine is still using vote-by-mail to turn out its base. In the primary for L.A. mayor, billionaire insurgent candidate Rick Caruso, a Republican-turned-independent-turned Democrat, held a five-point lead over establishment favorite Rep. Karen Bass (D-CA) after Election Day. But in the week that followed, vote-by-mail swung the result by a full eight points. Now Bass leads by three. Caruso will have to beat the party machine to win in November.

Yet in neighboring Orange and Riverside counties, where Republicans used ballot harvesting to good effect in 2020, there have been “red shifts” as ballots have arrived after Election Day, according to the Los Angeles Times.

California Republicans, like Republicans elsewhere, prefer the traditional system of voting in person, on Election Day, with identification — what has become the international standard. But they have decided that as long as Democrats can stuff ballot boxes, so can they.

There was an amusing moment in the 2020 election when California Attorney General Xavier Becerra — now the Secretary of Health and Human Services — went to court to try to stop the Republicans from using unofficial “ballot collection boxes.” The state GOP pointed to the Democrats’ own ballot harvesting law, and told Becerra to pound sand.

Republicans across the country can take a lesson from that success. Use Democrats’ own rules against them. Turn out the envelopes, and win seats.