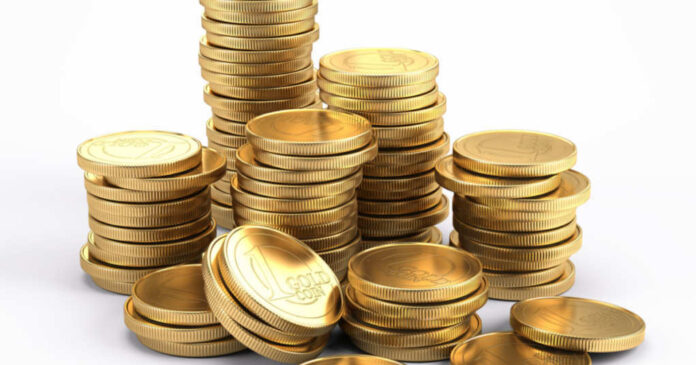 The FBI is an agency that has become shrouded in mystery. A report put out by CBS News claims that the FBI has been secretly searching for Civil War gold in Pennsylvania. And when asked about it by judicial authorities, nothing but denial comes out. The Democrats have infiltrated the agency and used its vast resources to do things that would otherwise be illegal.

Finders Keepers is a treasure hunting company that looks for buried treasure. They claim that the FBI found tons of Civil War gold from the Battle of Gettysburg and took it away.

The treasure hunting organization took the time to lead the FBI agents to where they believed the gold was stashed away. But when they got a finder’s fee, all they got was silence. The belief is that the FBI secretly came back and removed all traces of the gold without working with Finders Keepers.

CBS News reported, “After Finders Keepers began pressing the government for information about the dig, the FBI initially said it could produce 17 relevant video files. Then, without explanation, the FBI reduced that number to four. Last week, under court order, the agency finally revealed what it said were the contents of those four videos – and it turns out all had been provided to the FBI by Finders Keepers co-owner Dennis Parada himself, weeks before the dig, at a time when he was offering his evidence for buried treasure.”

Picture evidence shows that the father and son Dennis Parada and Kem Parada can be seen at the site where the FBI stole the gold. The FBI vehemently claims that there was no gold found at the site. But the videos that they are withholding would tell a different story.

The FBI did not account for the Parada duo placed a trail camera near the site and videoed the FBI agents digging up stuff at the treasure site. The Finders Keepers organization has an active lawsuit against the FBI, claiming they are lying to everyone.

Anne Weismann is the lawyer that is working with Finders Keepers. She is seeking the videotapes that the FBI claimed existed and then mysteriously disappeared. She claims that the FBI is hiding something according to the photo.

CBS News also reported, “The government’s initial court-ordered release of documents last month included a geophysical survey commissioned by the FBI that suggested an object with a mass of up to 9 tons and a density consistent with gold was buried at the site. The FBI used the consultant’s work to obtain a warrant to seize any gold found at the site at Dent’s Run, about 135 miles (220 kilometers) northeast of Pittsburgh, where legend says an 1863 shipment of Union gold was either lost or stolen on its way to the U.S. Mint in Philadelphia.”

Biden lies to the public and does things covertly so he does not have to face the wrath of the general public. Joe Biden’s FBI is full of people acting as he does. The president and his liberal followers have always been about the money, and the power they think comes with it. A massive treasure find of several tons would be worth billions and would give the liberals something to fall back on as they look for ways to fund their exploits of power.

The FBI continues to hide the truth behind what they found at Gettysburg, Pennsylvania. They will never reveal what was found at the site because they must turn it over to the proper authorities. The liberal-run agency is as corrupt as Joe Biden is crazy.

Warren Getler is a man that worked with Finders Keeps. He maintains that the organization has the proof on hand to show that the FBI is hiding something. All Finder Keepers want is to be paid the finder’s fee for the gold. But the FBI is acting as an excellent liberal entity and is seeking to keep it all for themselves. The Democrats continue to prove that they cannot be trusted to tell the truth. And every agency they have infiltrated has become an unreliable source of information.