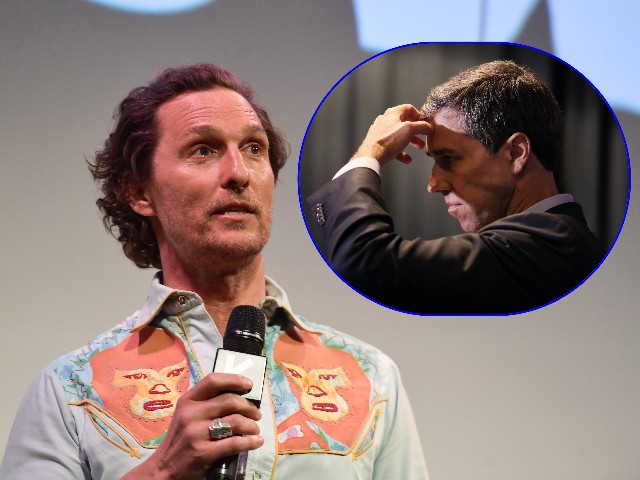 On June 6, 2022, Breitbart News noted that McConaughey used an Austin American-Statesman op-ed to push gun control in response to recent high profile shootings. He referred to gun control as an “acceptable sacrifice” in light of the attacks.

McConaughey spoke from the White House press room the nest day, June 7, 2022. He used the occasion to push the same gun controls he had outlined in the op-ed; gun controls that already exist in states around the country, where they have already failed to stop mass shootings.

Speaking from behind the White House press room podium, McConaughey also said, “We need to raise the minimum age to purchase an AR-15 rifle to 21 [and] we need a waiting period for those rifles.” He also pushed for red flag laws.

In fact, Mike Bloomberg-affiliated Everytown for Gun Safety ranks California the No. 1 state for gun law strength. Yet FBI stats show that California is also No. 1 for “active shooter incidents.”

After McConaughey wrapped up his White House press room gun control push, Breitbart News pointed out that six handguns, two “assault weapons,” two submachine guns, a shotgun, and a grenade were used in the first season HBO’s True Detective; which McConaughey starred in and produced.

Breitbart News also noted that McConaughey has used 18 guns in 11 movies over the course of 25 years.