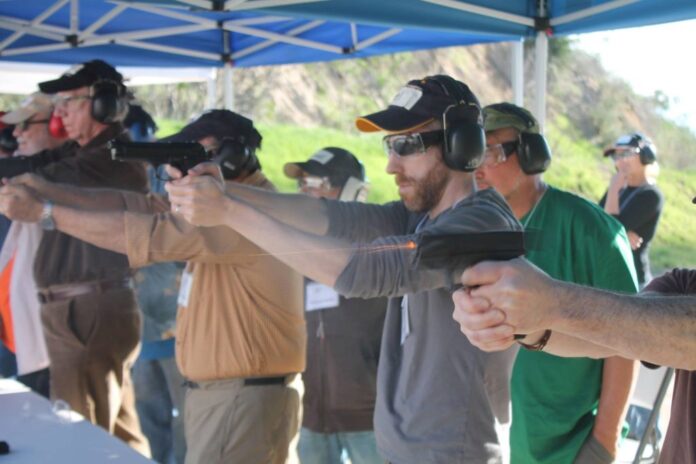 The ADL, on the other hand, asks us to trust our lives to strongly-worded statements, even as it aligns with the same radical left-wing causes that are pushing anti-Israel hatred.

ADL CEO Jonathan Greenblatt spent the four years of the Trump administration warning America about the danger of extremism on the right. That danger was real, as synagogue shootings in Pittsburgh and Poway showed.

But the ADL suggested, irresponsibly, that there was a link between these events and the rise of Donald Trump. In 2017, for example, it counted hundreds of hoax bomb threats as antisemitic incidents, even after it was clear antisemitism was not the motive.

Over the past year, the ADL has focused on a campaign to suppress the free speech of Americans on social media. It sponsored the so-called “Stop Hate for Profit” campaign, which organized an advertising boycott of Facebook to force the company to adopt even more aggressive censorship policies, including the permanent suppression of Trump from the platform. The campaign also targeted Breitbart News, one of the most pro-Israel, pro-Jewish news websites in the world.

Instead of monitoring a growing wave of left-wing antisemitism, the ADL ignored it, at best. In August, just days after a Black Lives Matter riot in Kenosha, Wisconsin, vandalized a local synagogue, the ADL joined left-wing organizations in formally supporting the Black Lives Matter movement. In a full-page ad in the New York Times, and a declaration, the ADL supported the “Black-led movement,” saying nothing about its association with anti-Israel radicals or antisemitic groups.

Greenblatt is a former Obama administration official whom critics say has led the ADL in a more partisan direction. But Greenblatt’s supposedly more moderate predecessor, Abraham L. Foxman, told the Times of Israel this week that Israel’s embrace of Trump — the most pro-Israel president since Harry S. Truman — had hurt American Jews. He also blamed the former president for left-wing antisemitism, saying Trump had “destroyed civility” and “taboos” that kept radicals in check.

Greenblatt and Foxman share the liberal Jewish fallacy that it is Jewish strength that provokes hatred, rather than Jewish weakness. Thus it was that Aaron Keyak, the “Jewish Engagement Director”at Biden for President, advised Jews to hide outward symbols of their faith if they felt scared. Such warnings are common in Europe, but they are unfamiliar in the U.S.

They are also the wrong approach. The only things Jews should conceal, legally, are the firearms we are licensed to carry.

Antisemitic attacks would happen less often if Jews were not perceived as soft targets. We show our wounds to the world, hoping that people will finally realize how much we are hurting. Then we despair when no one listens — when President Joe Biden, who campaigned on the idea that Trump was soft on antisemitism waits for days to speak out against the violence.

Jewish groups are now pushing Biden to appoint an antisemitism “monitor.” We have enough monitors. They are failing.

What we need is for the Biden administration to reverse its ill-advised, ideological push for gun control. America is in the grip of a crime wave, made worse by the fact that many cities are trying to “defund the police.”

In last year’s Black Lives Matter riots, police were told to stand down. Only people who had armed themselves could defend their lives and property. Jews, who congregate in cities, were vulnerable — yet many liberal Jewish groups, including the ADL, back gun control.

After the second intifada began in 2000, when Europe erupted into riots and antisemitic violence, Americans took pride in the relative calm on our streets. Many cited the “melting pot” — the assimilation of new immigrants — as a reason Muslims had integrated more successfully into American society.

But today, that “melting pot” is under attack from those who accuse the American mainstream of “systemic racism,” and who sign manifestos demanding civil rights movements be “Black-led.”

The real difference between Europe and the U.S. is that the former emphasizes the state, the latter the individual. And the ultimate guarantee of individual liberty is the right to self-defense.

The Second Amendment exists to protect the First. We should never have to hide our faith out of fear.

And “security” ought to mean the Second Amendment — for Jews, and for everyone.