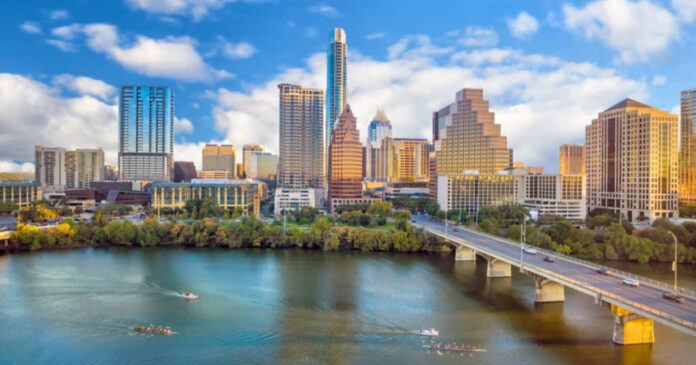 Mayra Flores easily salsaed her way to victory in a Texas special House election thanks to the overwhelming support of hardcore blue voting Latinos who crossed over the red line for the conservative Republican.

The newly elected state representative said she owes her success to Democrats who take the Latino vote for granted. Figuring the Hispanic vote’s a given, they ignore a vast community in favor of chasing votes they have to work harder for.

In a recent televised interview on “Sunday Morning Futures With Maria Bartiromo,” Flores said the Democrats “feel entitled to our vote, making the same promises over and over and really not making nothing happen.”

Flores was elected to fill the vacant seat of South Texas Democratic Rep. Fileman Vela who baled on Congress for a more lucrative lobbying job with a large expense account. Flores cleaned the clock of her Democratic opponent attorney Dan Sanchez and it fired off a warning shot for Democrats around the country.

“The main issue is inflation,” Flores said. “The cost of living. Everyone is extremely pissed off, {sic} angry at the Biden administration because of {sic} increase {sic) of gasoline, groceries, {sic} of medication. That is hurting them tremendously, not only here in South Texas but in the entire country. Of course, the border crisis is something we see here right behind our backyards. It is not something that we need to be told by the news.”

Flores emigrated from Mexico with her parents as a young child, but the family did it the right way. She wants to help the immigration system by increasing and enforcing the legal means with which to properly enter the U.S. Entry by any other means is not acceptable.

The South Texas district has always been a salvation for Democrats and because of redistricting, Flores is going to have to fight for her position again this Fall when she goes head to head against Democratic Rep. Vicente Gonzalez.

Gonzales isn’t taking the upcoming battle lightly. Immediately following Flores’s victory he said, “I hope the DCCC learns their lesson with this before it happens across the country.”

Flores isn’t the least bit concerned. “Well honestly, it makes no difference. I’m very confident in the work that we’re doing in South Texas,” she said.

The Democrats have every reason to be worried. Latinos in South Texas have been crying the blues for years but they keep getting shanghaied into voting blue by empty promises. All it took was for one conservative Republican by the name of Mayra Flores to put her talk into action to change their mindsets.

A 2020 census report revealed that 62.1 million Latinos legally reside in the U.S. Even if this figure were to be broken down to voting age, that’s a lot of votes that Republicans in every state are trying to get their hands on, and the Democrats are making their jobs far too easy.