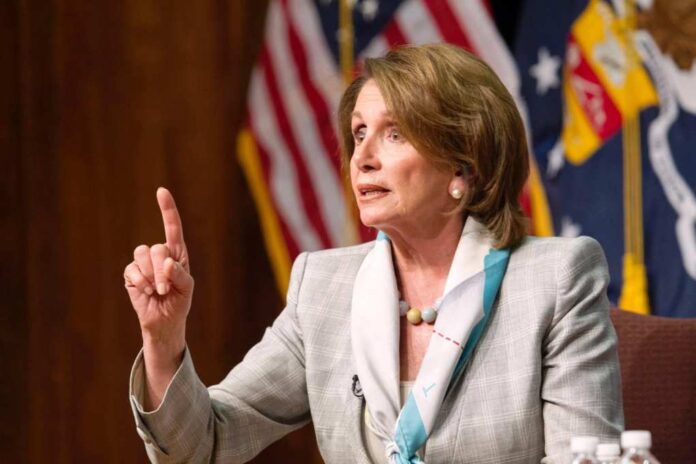 The Democratic Party is experiencing a civil war. They’re trying to be quiet about it. They wouldn’t dare let anyone see the infighting as it could give the GOP some leverage.

Yet, if they think that we don’t see the battles, they’re sadly mistaken.

It’s the liberals versus the liberals…with all of the moderate Democrats staying quietly out of the squabbles.

It’s no surprise that the two don’t get along. Forget about the 50-year age gap. The two simply can’t see eye to eye, and both want as much power as they can muster.

Why should we care about the civil war that’s erupting within Congress? Well, when the country is being controlled by Democrats, they should at least agree on how they’re going to ruin the country.

While the media tried to show how Pelosi and AOC have such a mentor/mentee relationship, it couldn’t be further from the truth. AOC would like to see Pelosi step down and Pelosi thinks that AOC is too young and too power-hungry for her own good.

There are some interesting stories coming out of just how aggressive the two have been toward each other. When reporter Edward-Isaac Dovere released his new book “Battle for the Soul: Inside the Democrats’ Campaign to Defeat Trump,” we’re given an inside look.

One of AOC’s first pieces of legislation to roll out was the Green New Deal. Only, Pelosi was going to sabotage it.

In February of 2019, Pelosi called Ed Markey, a Senator from Massachusetts, to tell him to hold off. She felt that it wasn’t the right time to roll it out and that she wanted a more substantive policy. She also told the senator to not let AOC have the platform because she didn’t want to give the young congresswoman that much power.

Markey, however, decided not to listen to Pelosi. That meant that the Green New Deal was unveiled by the progressives. It also meant that Pelosi had to go on the defensive to downplay just how far-reaching the proposal was.

How is anyone supposed to get behind any of the legislation being proposed by Democrats when we know at least half of their own party is against it? If it’s proposed by the progressives like AOC, we know Pelosi is against it. And if Pelosi and the rest of her old-school liberal friend propose it, we know AOC is against it.

Pelosi has made it a habit of trashing AOC to the media as well as to other members of Congress. At one point, she even mocked AOC using a childish voice when referring to “The Squad.” In a book by Susan Page, Pelosi was quoted as telling AOC off by saying, “You’re not a one-person show. This is the Congress of the United States.”

Yikes. Perhaps Pelosi needs to remember her own advice. After all, Pelosi often tries to run the House as though she’s the only opinion that matters.

Of course, Pelosi doesn’t want to admit that there’s any kind of civil war happening. That would look unprofessional. So, she puts up a smoke and mirrors show so that everyone thinks that the Democratic Party is a united front.

Why do you think that she appeared on the cover of Rolling Stone Magazine with not only AOC but also Ilhan Omar and Jahana Hayes? Look, we’re just one big happy, cohesive family.

Pelosi is lying to herself and she’s lying to all of America.

Everyone has seen that there’s a civil war going on – it’s been mounting for over a year now. The only thing that we want to know is when it’s going to come to blows. We’ll need to prepare ourselves for the epic ramifications when that finally happens.