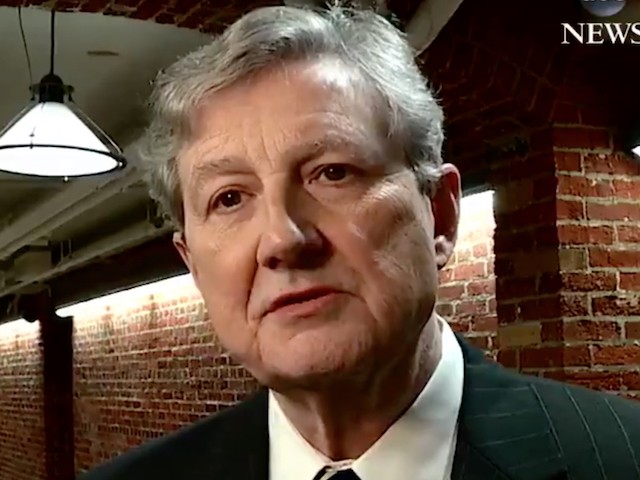 Wednesday, during an appearance on FNC’s “The Story,” Sen. John Kennedy (R-LA) argued the best antidote for inflation, including high energy prices, was to “flood” the country with oil.

However, that policy was rejected by the Biden administration, according to Kennedy.

“[P]resident Biden’s energy policy is wind, solar, and wishful thinking, and that’s not going to power the most powerful economy in all of human history,” he said. “Look, Martha, I’m disappointed in Mr. Sperling. It’s time for the games to end. We’re in a hell of a mess here. Inflation is hitting my people so hard, they’re coughing up bones. Our national debt is greater than our national output. Crime is way up, the borders wide open, respect for our institutions is way down. Seventy percent of the people think this country is headed in the wrong direction. And the economists who worked for President Biden know this.”