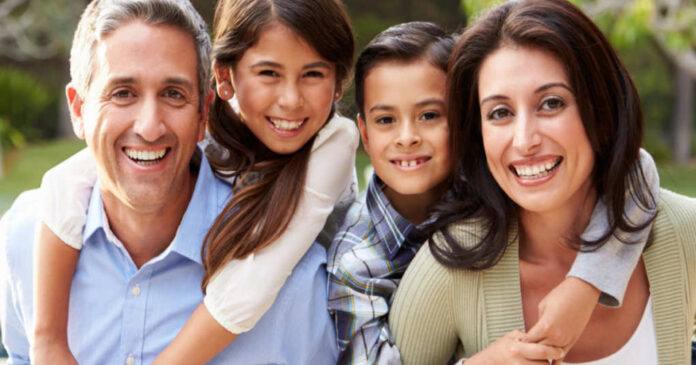 For years, Democrats have assumed that their saving grace in the US just might be the Hispanic community. It’s why immigration issues have thoroughly been ignored by the political left for so long, thinking that if Dems continue to give these migrants a shot at freedom, they will one day repay the party by keeping them in power.

However, as poll after poll, and now election after election is proving, that assumption hasn’t been based on much truth – at least when it comes to what the Democratic Party now is and stands for.

The case and point on this matter is newly-elected Republican Representative Mayra Flores of Texas’ 34th Congressional District. You might have guessed from her name that Flores is Hispanic. But more than that, she is Mexican-born and the now the first of such to ever hold a seat in Congress.

What is confusing for Democrats is that she is a Republican.

I mean, how does a member of the Hispanic community, and a Mexican-born one at that become a Republican?

Well, the answer is quite simple.

First of all, Hispanics, like black Americans, are not supposed to be part of one political party or another simply because of their race. (Remember how well Biden’s ‘you ain’t black’ comment went over?)

And secondly, polls show that Hispanic concerns and political views actually tend to align more with conservatives than they do Democrats and certainly liberals in today’s age.

If you are Hispanic or know much about their culture, you know that they are proud people who tend to prioritize family, religion, and tradition. They also tend to oppose abortion. And like most conservatives, they aren’t fond of inflation, crime, or harmful education practices of our youth.

There might have been a day when those values also hit home with Democrats. But thanks to the Democratic Party’s massive shift to the left, that can no longer be said. And so, Hispanics are more drawn to the Republican Party.

Mayra Flores is just such an individual. In fact, she once was a Democrat, doing exactly what the Democrats assumed she should do and voting for those who made her new beginning in the US more possible.

However, as she explained time after time during her campaign, the values that she believes in and the values that are important to South Texas are not the same ones the Democrats prioritize anymore.

Like most from Texas, she is concerned about inflation that has been allowed to grow. She is worried about the increasing immigration problems that are wreaking havoc on South Texas’ communities. And she is dismayed that the gas price has been allowed to skyrocket so quickly in such a short amount of time.

Note that these are all issues that Democrats have tried to pretty much ignore since being allowed to hold power in 2020 and, as such, have only grown worse.

It’s also important to note that Flores won in a district that hasn’t put a Republican in office in over 100 years. Additionally, thanks to the resignation of former Democratic Representative Filemon Vela in March, the district has been redrawn and said to favor the Democrats even more.

Yet, a Republican won…

And Flores isn’t the only Hispanic Republican with hopes of representing South Texas. Cassy Garcia just won the state’s 28 Congressional District Republican primary in late May. And like Flores, Garcia is running on issues that matter to everyday Americans, unlike most Democrats.

As it turns out, racial lines and identity politics don’t matter nearly as much to most Americans as being able to put food on the table, gas in their tank, and raise their children as they see fit. And right now, Democrats are infringing on all of that.

No wonder only about 24 percent of Hispanics currently approve of Biden and his party’s ideals, according to a June 8 Quinnipiac University poll. Additionally, it’s just another reason the Democratic Party should be terrified of the November midterm election results.