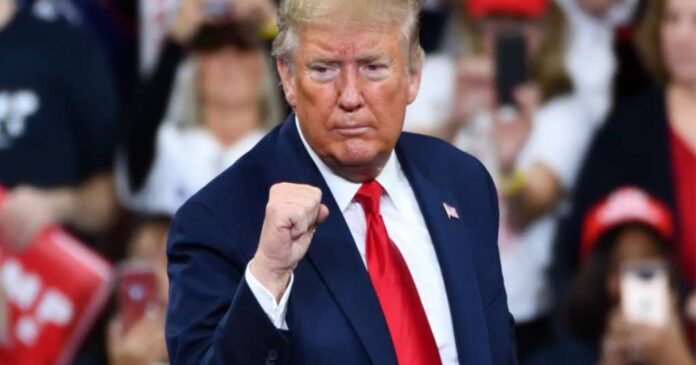 On Friday, the Supreme Court overruled Roe v. Wade by ruling in Dobbs v. Jackson Women’s Health Organization the Constitution did not include a right to elective abortions and returned the issue of abortion to the 50 state legislatures.

Conservatives applauded the ruling, and among those was Rep. Barry Moore (R-AL).

During an interview with Mobile radio FM Talk 106.5, Moore praised the ruling but reminded listeners that without former President Donald Trump’s appointments of Supreme Court Justices Brett Kavanaugh, Neil Gorsuch and Amy Coney Barrett, the Friday ruling would not have been possible.

“I was ecstatic,” he said. “You know, it’s 50 years in the making. Actually, I told a camera crew downstairs a while ago I think it is a curse on our nation that we’ve been killing our children, our unborn, for 50 years. I think it bodes well for America going forward, and I think there are certainly going to be some states to get to do what they want to do with this. But it puts it back into the people, into the state’s hands. And I think that’s where a lot of the regulations and laws belong — in local communities. But for us, we’re certainly celebrating it, and it has certainly been an interesting freshman tenure here in D.C.”

“Man, we haven’t gotten a lot of wins as Republicans with Pelosi and Schumer and President Biden in the White House,” Moore continued. “But I can tell you this: I noticed a long time ago those three Supreme Court justices were going to weigh heavy in the future of America. And it was either going to be Hillary Clinton or Donald Trump that made those picks. Man, what a glorious day for our country. And if nothing else, the president deserves a lot of credit for putting three solid judges on the court. And man, what a great day for America.