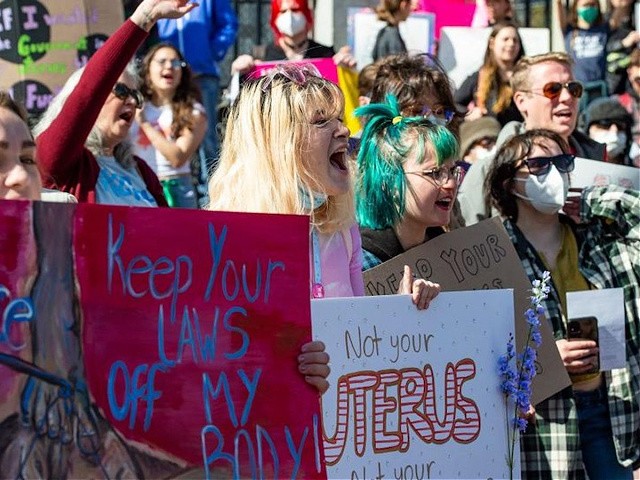 The pro-abortion activists reportedly gathered at Philadelphia’s City Hall and marched towards Independence Hall and back to show their frustration with the Supreme Court’s decision.

Some protesters held signs that read “my body, my choice,” while others sang, “we want justice.”

One protester criticized congressional Democrats for not taking action to codify Roe into law before the Court overturned it.

“They’ve had 50 years to codify it into a real law versus just a Supreme Court decision,” one protester told local CBS News.

Some potions of the crowd reportedly chanted “no justice, no peace,” according to a video taken from the protest.

Protesters in Philadelphia joined other pro-abortion activists across the country in cities like Los Angeles and Washington D.C., who took to the streets and protested against the Supreme Court ruling.

However, some at the protest spoke up in favor of the Supreme Court’s decision.

“As a woman who has had an abortion myself, I can speak to the fact that abortion not only hurts the child, but it hurts the mother,” Marlene Downing said.