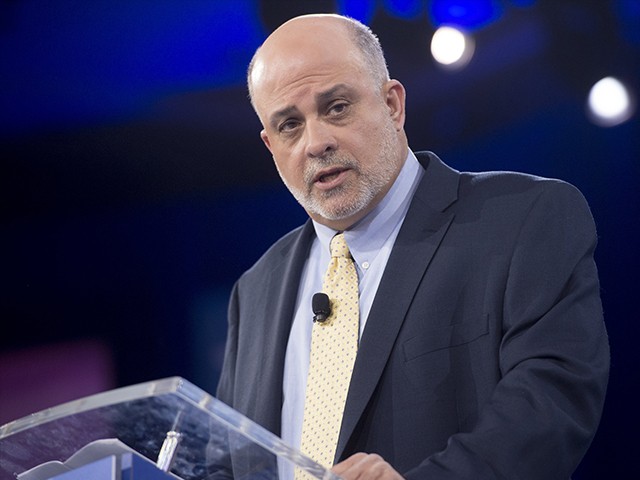 Levin criticized Democrats who were critical of the high court decision and said the Supreme Court’s interpretation of the Constitution was the federal government did not have the power to make abortion on demand legal as the 1973 Roe v. Wade case had.

BARTIROMO: Mark, good morning to you. Great to have you this morning.

LEVIN: My pleasure. Thank you, Maria.

BARTIROMO: You are the former chief of staff of the Department of Justice. You have been talking about what has taken place all weekend. Let’s walk through the ruling. Tell us how you see things.

LEVIN: First of all, we don’t need lectures from Joe Biden, who plagiarized his way through law school. He has no idea what’s going on.

Secondly, the media in America are so thoroughly corrupt. They haven’t read Roe v. Wade or the subsequent Casey decision or even this decision. And, thirdly, neither has Pelosi or Schumer, because they come right out of the box.

Here we have what’s called the Constitution of the United States, not the tax code. It’s not Obamacare. It’s very simple. It’s about 5,000 words. And you can look all you want. The word abortion is not in there. And it’s never going to be in there, unless they add to it.

Here’s the deal. Really, Roe vs. Wade wasn’t overturned. Roe vs. Wade was fundamentally altered by a decision in 1992 — Roe was 1973 — called the Casey decision in Pennsylvania, which changed the trimester test and had the undue burden and viability test, which they basically stole from Europe and from other kinds of laws we have in this country.

The Supreme Court has been shooting from the hip on abortion now for about half-a-century. And that’s why you have all these cases keep working their way to the Supreme Court from federal district courts, and so all these pro-abortion groups constantly litigating to prevent the states from having any regulation whatsoever.

And let’s be clear about what this decision says. This decision says something really unique in American history. We have a very, very powerful body, the Supreme Court, saying, we don’t have any power. When’s the last time you heard Congress or the president or the bureaucracy say, we don’t have any power, so we’re going to give this authority where it belongs, back to the people in the states?

LEVIN: The majority leader in the Senate is from New York. The speaker is from San Francisco. They don’t get to decide everything in between the country and trying to impose their will.

And the court rightly says, look, we’re nine justices. Sometimes, these are 5-4 votes.

We shouldn’t be deciding these cultural issues for the American people. That’s why we’re at each other’s throats. We have a system for that.

Now, what do the Democrats really stand for, Maria?

LEVIN: And we know what they really stand for, because, right after the leak of the first draft, they put together a bill, and they voted on it. And it lost.

Now, let me tell you what is in that bill, because we’re debating the wrong issue.

This is what the Democrats want, abortion up to delivery. That was in their bill.

LEVIN: All state laws invalidating abortion after five months of pregnancy, they would invalidate so. There’s viability. It’s a baby. It can live outside the womb, even under those circumstances. They support abortion.

Invalidate state laws that prevent abortion for sex selection. So, their law would have invalidated that. Invalidate conscience decisions, certain nurses or doctors because of their faith and so forth. We have those conscience laws in 46 states. The Democrats would have blown out.

That that’s why radical pro-abort types like Collins and Murkowski and others, even they had to vote against this law. So let’s be clear that Democrats stand for a partial-birth, last-second infanticide…

LEVIN: … which means taking a big needle, shoving it into the top of the head of the baby, draining out their brain, turning it around in the womb…

LEVIN: … and pulling it out by its feet. That’s why you never see graphics on these news shows explaining exactly what the Democrats stand for.