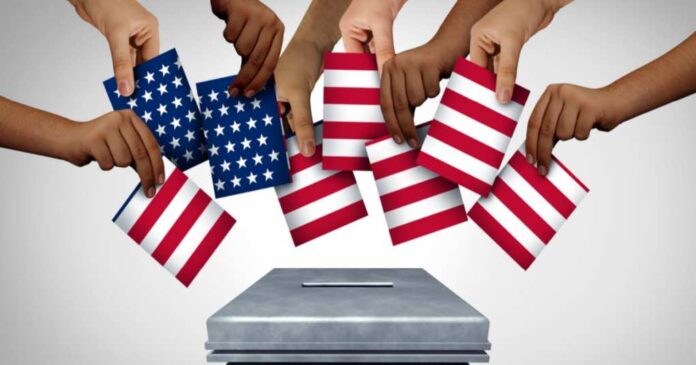 The Democratic Party knows that they must try and keep the American voter preoccupied with problems if they stand a chance of winning positions in Washington during the midterm elections. The latest event that the Democrats are holding is the January 6 protests that they have made out to be a rebellion against freedom. They had to invent a new crisis since their beloved pandemic fizzled out.

The liberals want to use the January 6 witch hunt in their political games. But former Vice President Mike Pence has something to say about how the liberals are playing games again. Fox News reported that Pence said that he”‘ will not allow the Democrats”‘ to use Jan. 6 to ‘distract attention from their failed agenda.’”

Pence met with Fox News Digital and recapped the country’s state under Biden’s tenure. He pointed out that the president has decided that he will cling to socialistic ideology and try to implement as much of the trash as he possibly can.

Pence told Fox that “At a time when we have inflation at a 40-year-high, gasoline prices more than doubled since we left office, a crisis at our southern border, the war in Eastern Europe, a disastrous withdrawal from Afghanistan, maybe this just comes from living back in Indiana again, but, those are the things I’m focused on, and frankly, those are the things people talk to me about everywhere. The issues that are bearing upon the American people are, as is often the case, not what Washington is focused on.”

Pence pointed out that the president is clueless about the issue America is facing. He sits in his office disconnected from the country and tries to do things that make a zero difference for the country. The things he does involve himself with always benefit the other guy and never the American people.

The Democrats desperately need the January 6 protest to work in their favor. Nancy Pelosi set up a lopsided committee to investigate the protests. Pelosi refused to seat several key Republicans because he was scared they would keep the committee on an honest track. But what transpired was a report produced the way the Democrats needed it to read.

Pence also reported to Fox that “Jan. 6 was a tragic day, and I know we did our duty, but I will always be proud of our record. And I am not going to allow the Democrats to use that tragic day to distract attention from their failed agenda or to demean the intentions of 74 million Americans who rallied behind our cause.”

The sad reality is that the Democrats will try and ignorantly use something that everyone knows as a farce to their advantage. Pence admitted that he believes a lot of voting issues took place during the 2020 election. But he also noted that he did his job as best as possible.

Pence wanted to see the courts take up the voting issues, but they all refused to get involved. The former vice president wanted to leave the matter with the courts so he could do his job and certify the results. He needed to do his job and allow the Judicial System to work it out. But none of the courts ever picked up on the issue.

The Democratic Party does not have a problem using past issues to its advantage. Their biased media partners tried to bury the voting irregularities by refusing to report the news. But at the moment, an issue serves the interests of the liberals politically.

Pence mentioned that Donald Trump and himself still have a good relationship. Both men have the same goals of keeping the Democrats from running away from the country and lying to the American people.

The Republican Party cares for the people. But the Democratic Party only does what benefits the organization as a whole. Pence aims to keep the truth before the people and not allow the Democrats to bury their hurtful deeds under a fake story that never took place the way they want people to believe.