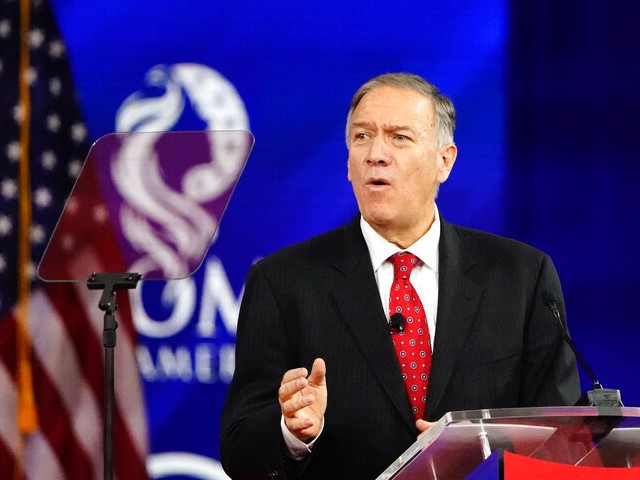 During the interview, Boyle emphasized the importance of winning the culture war.

“Andrew Breitbart said #War, and we view it as cultural war, as a war for the heart and soul of what kind of country we’re going to be and when you have decisions like this one from the Supreme Court, the Dobbs decision, and then the Second Amendment decision, and there was a religious liberty decision earlier in the week, and there’s another religious liberty and immigration ones coming up,” Boyle said. “When you have this thing playing out these ways, and you know you’ve got Myra Flores winning her seat in Texas, you’ve got these exciting young candidates winning. It seems like the good guys are starting to win this war, right?”

“Matt, I’m counting on it, and I see it. I was all across the country these last two weeks. I was in five different states. I can see it, I can feel it, we are winning,” he responded. “The good guys, to your point, I always joke – ‘Every now and again the good guys win one.’ – we won a Second Amendment case, we won a prayer case, won school choice cases all across the country. I’ve watched us win in county commissions and school boards. Even my home state of Kansas, we flipped a couple of school boards, just to make sure parents could know what their kids were learning in school. These are the things that the American people get, they get how it impacts their pocketbook, and their family, and their community, and their church, and they are on fire.”

“We’ll do well in November, but that’s not enough,” he continued. “We have to continue to make the case all across this country and be fearless in doing so, and if we do that, and if we never give an inch on the things that really matter, I’m convinced that we will absolutely get America to the place that our founders would recognize this country again and that is absolutely vital that we achieve it.”

Boyle had earlier honed in on the pivotal opportunities that lie ahead in the midterm elections and the right’s chance to attain majorities in both the House of Representatives and Senate by running America-loving conservative candidates.

Pompeo noted that he had spent a “good chunk” of the past year and a half helping candidates on the trail.

“They are fantastic people. People with character, people with real virtue. It’s going to be an American majority that gets elected; I’m convinced of that,” he told Boyle. “These are people of deep faith, deep courage, and they are fearless much like I was and President Trump was.”

“We’ve got to stay at it. What are we have four months and change left until this election and people will actually start voting just ten weeks, twelve weeks form now in many of these elections across the country,” he went on. “We need to make sure that every vote is cast, everyone who wants to vote, make sure they get a ballot. We count them one time and we have a good and transparent election. ”

“Protecting the unborn is an important issue, but we’ve also watched them destroy the economy, we’ve watched them make lives hard for ordinary Americans all across the nation,” he went on to say. “I am convinced that the vast majority of Americans can see this, they understand the incompetence of the Biden Administration, the indecency of what they’re doing.”

“We have to make sure we take over the House and the Senate and win a whole bunch of governorships across America. I am convinced we will because people are energized by what they are seeing, but the hard work begins as we turn to these primaries that are already almost behind us, and we begin to focus and make sure we take out the progressive left who are vying for votes all across the country,” Pompeo said.

The former Secretary of State and congressman encouraged listeners to go check out the website for his organization CAVPAC, which “is lifting to victory candidates who stand up to the radical Left’s agenda.”

“You can go there to see the candidates we’re endorsing,” Pompeo told Breitbart News Sunday listeners. “They are fantastic people, the next generation of conservative leaders.”