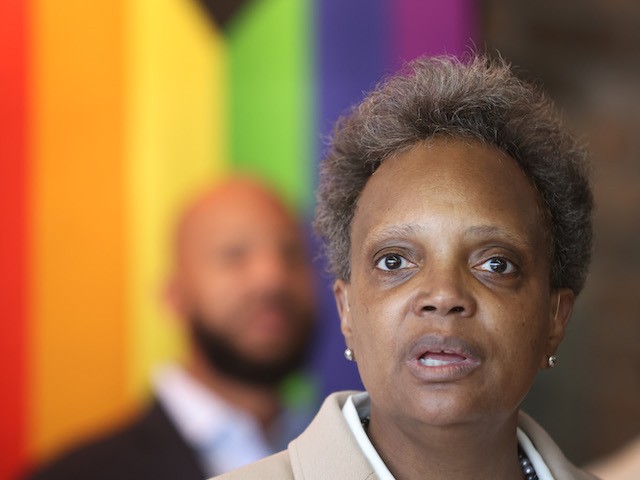 Taking the stage the day after the Supreme Court struck down Roe v. Wade, Mayor Lori Lightfoot responded to someone in the parade’s audience: “Fuck Clarence Thomas!”

It’s unknown to whom or what Lightfoot was exactly responding, but the mayor was in mid-speech about the Supreme Court’s ruling on abortion.

“So we know what happened in the Supreme Court yesterday. If you read Clarence Thomas’ concurrence, he said …” Lightfoot said before responding to someone in the crowd. “Thank you. Fuck Clarence Thomas!”

It is not the first time Lightfoot has used language in a vile way. After the Supreme Court leak of the draft Dobbs opinion in May, the Democrat mayor took to Twitter to call the “LGBTQ+ community” to arms.

“To my friends in the LGBTQ+ community–the Supreme Court is coming for us next. This moment has to be a call to arms,” she said.

Lightfoot’s call to arms preceded at least 23 pro-life organizations being vandalized throughout the nation, according to Catholic Vote.