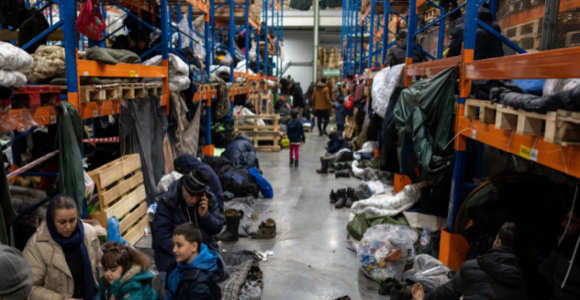 The US Border Patrol has had massive problems with immigration as a result of the brutal combination of Biden’s changes in policy and the mass migration due to COVID and its lasting effects. The agents are facing a tremendous spike in both “refugees” seeking asylum and people illegally crossing the border. In turn, they are finding themselves running out of room to house these aliens.

Instead of making the smart decision to send them home, the government has decided that they can just be let go. Tossing them on a $40 bus ride from the border to San Antonio Airport, they are being given parole passes and being let go into the US. With 1,000 or so aliens being released per day, their program titled “Mission: Border Hope” is flooding out streets with these illegals. From August to May 207,000 have been released; 51,132 in May alone. This was a 28% increase over April, yet the previous seven months only saw 11 paroled.

Policies like these are incredibly dangerous for the US in terms of border security, the housing market (government vouchers for housing can spike rental prices with ease), and inflation for our citizens. This move also allows them to apply for asylum in a year, provided they don’t break the law. Never mind the fact that they broke the law, to begin with by sneaking over the border.

Given a handheld device for tracking, they are told to meet with immigration authorities in two months at their destination. However, there is nothing in place to grab them up if they leave this device somewhere, and then there is no telling where they may have run off to. With the number of employers who are looking for cheap, reliable, and under-the-table help, they have an easy go of it finding work.

United Methodist Church is backing Mission: Border Hope. They buy bus and plane tickets to get them away and into their new locations. They have food available for them and try to get them out as fast as possible. While some have nowhere to go, there is no permanent place for them to stay, so many are being forced to find a quick answer to get out there ASAP.

Those who have been paroled and released claim they were never asked about asylum, or why they even came to the US. Instead, they were just handed a packet with a blue stamp that indicated when their parole expires. Meanwhile, the Title 42 people are being held up due to COVID concerns.

While America is getting to the point where we need to consider just saying “no”, that’s not the backbone of our country. What we need is a better vetting and tracking process. To help those who truly yearn to breathe free, and to get the qualified cases handled. For those who have no good reason to be here, a one-way plane ride home is the proper solution.

The Border Patrol claims that those who are allowed to be paroled are criminally vetted, and usually have family in the city they are headed to. No indication of how closely they are related, or what the status of that family is. That means in theory that one person who snuck over could sign for six or seven people easily.

Chris Magnus, commissioner of Customs and Border Protection recently gave an interview about the situation. “We’re trying to be smart about it, recognizing that there are people that have been carefully vetted but are at much lower risk and would make sense to handle differently from others.” This may be a faster way of handling things, but it doesn’t provide equal justice, and given how horrendously records are kept in many of these countries, who knows how many criminals they have let in?